This new build in the tony Trousdale Estates neighborhood of greater Los Angeles offers a boatload of high-end finishes and amenities, including a pool with a junior Olympic-sized lap lane, a home theater, a wellness center and a gym, and a Zen-like interior courtyard with a 20-foot cascading wall of water and a 150-year-old olive tree imported from Italy.

The property was developed by Luxford Investment Group, which is headed by Mr. Chen, in collaboration with SAOTA Architects. The design firm Vesta did the staging.

The two-story home, which Mr. Chen has named “Elementi,” on Wallace Ridge is being sold furnished.

“Eighty percent of the furniture is imported from Italy,” he said. All of the stone is also Italian.

“I lived in Italy for two years and was very inspired by Italian design—their millwork and all of the design details,” Mr. Chen said.

The front entrance features a floating marble bridge with decorative vertical louvers, and the formal dining room is suspended over the lower-level courtyard.

The open-plan great room has marble details and motorized glass doors that pocket all of the way into the walls to reveal panoramic views from downtown Los Angeles to the Pacific Ocean.

The collosal 3,000-square-foot primary bedroom suite has dual bathrooms and a 400-square-foot private terrace with a spa. The suite’s seating area could also work as an office, Mr. Chen said.

The centerpiece of this floor is a “large entertaining location,” Mr. Chen said. “It’s pretty much a bar downstairs, but it’s a very classy bar.” 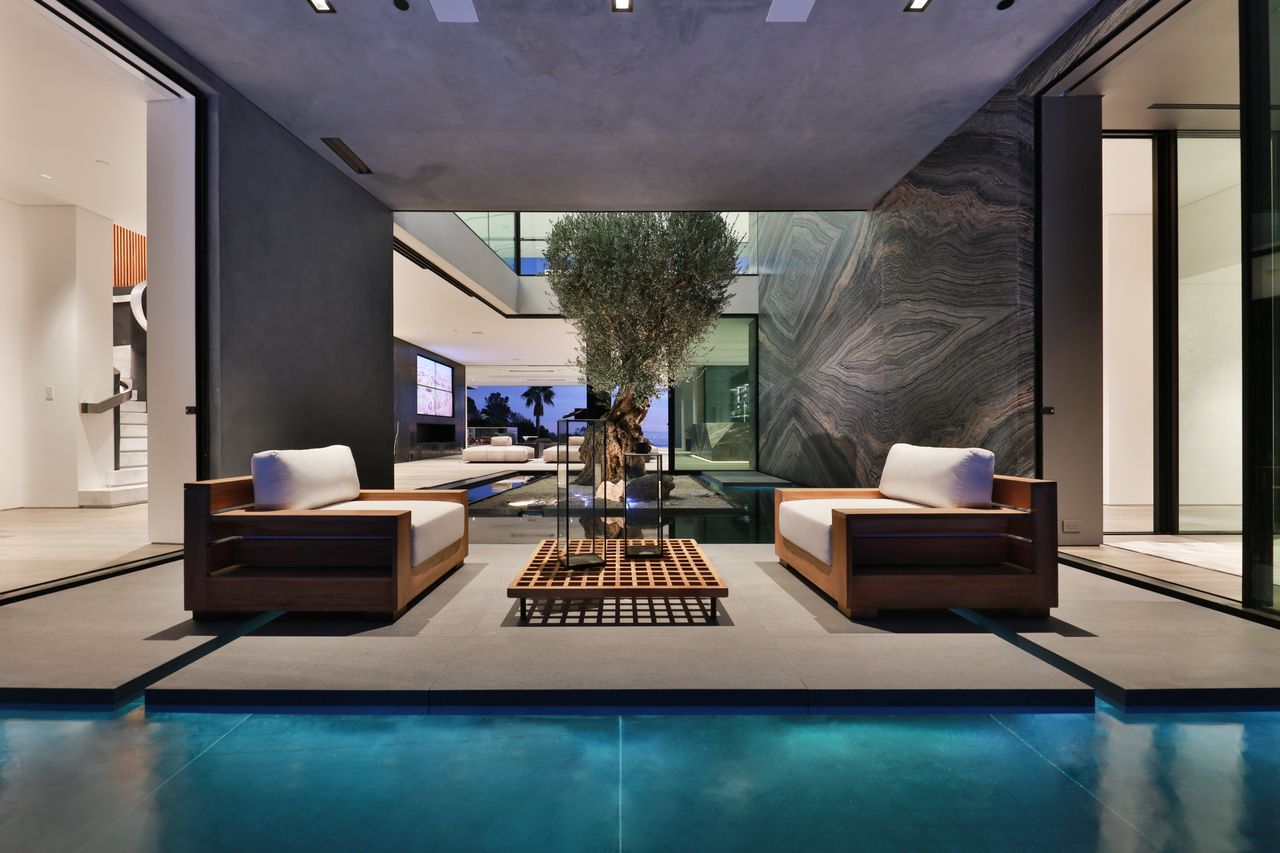 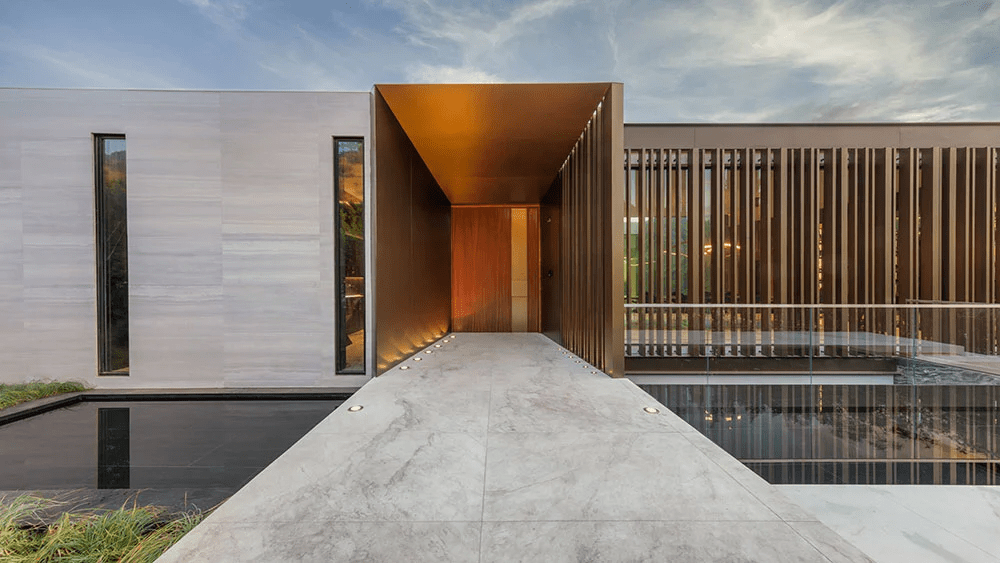 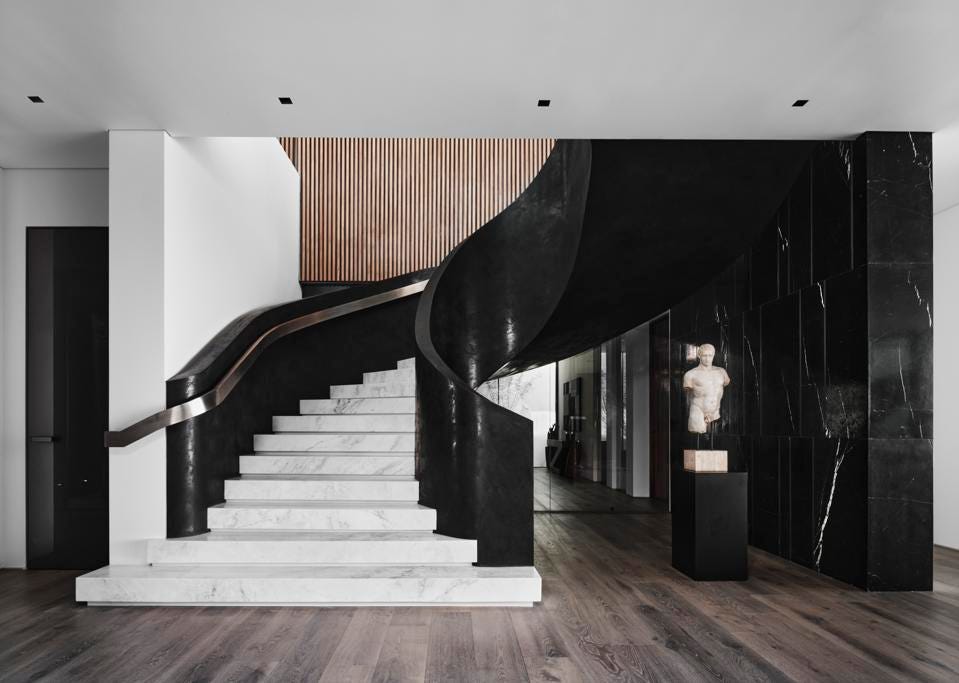 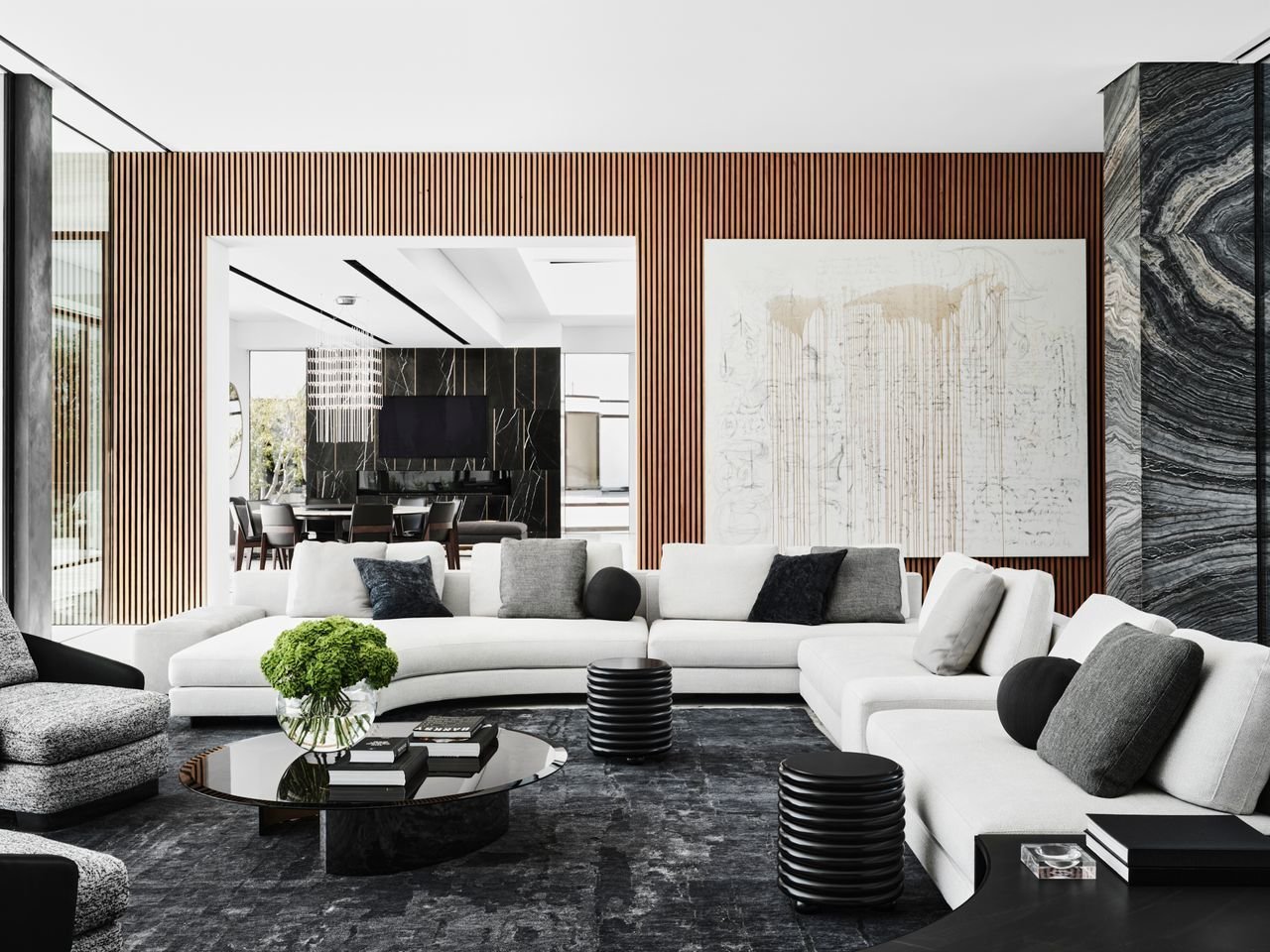 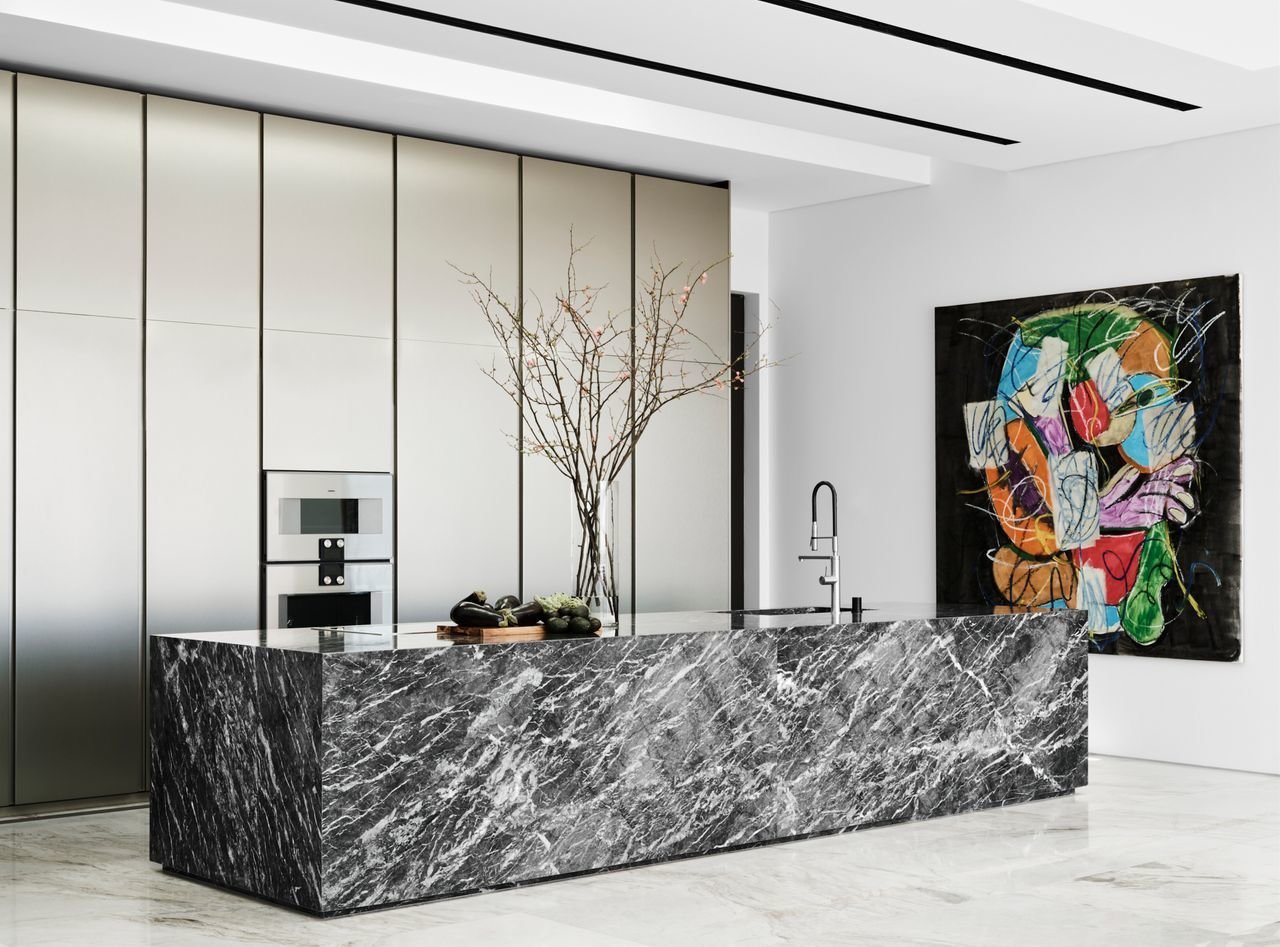 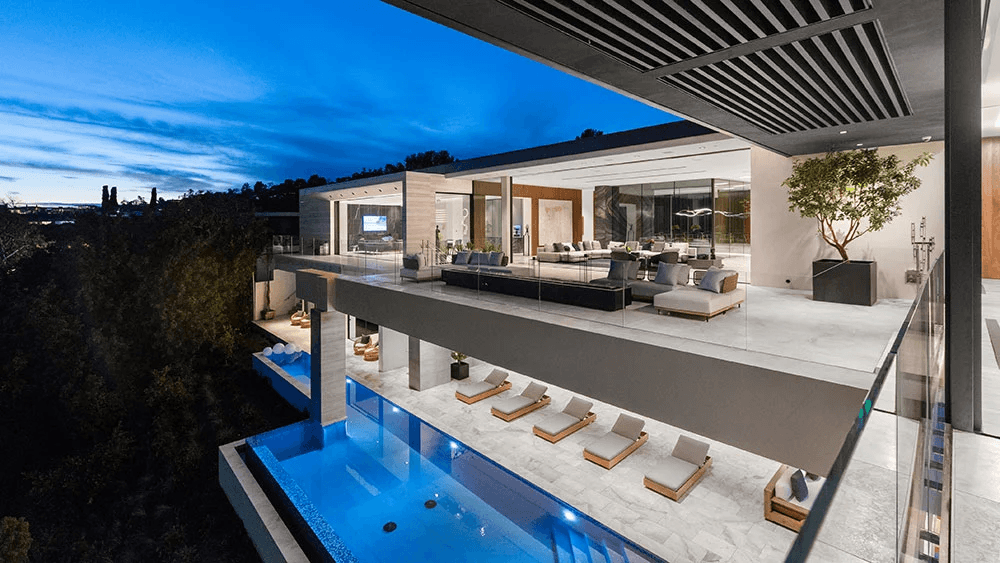 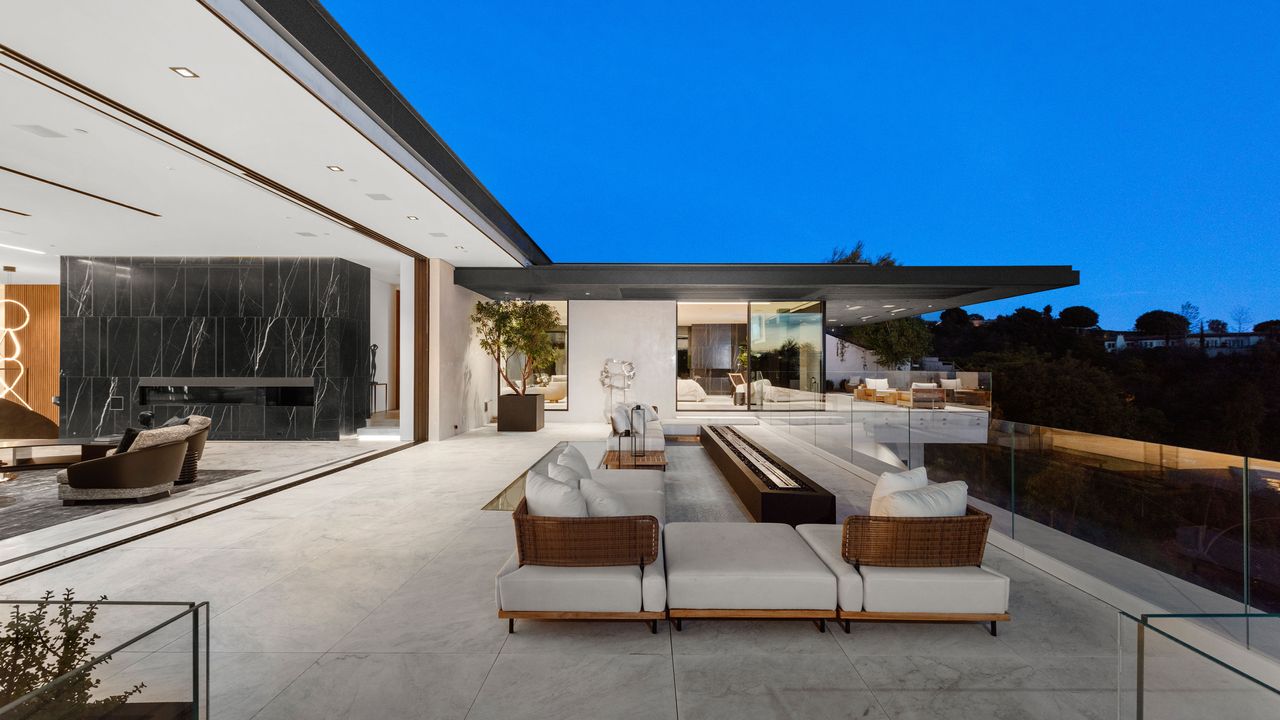 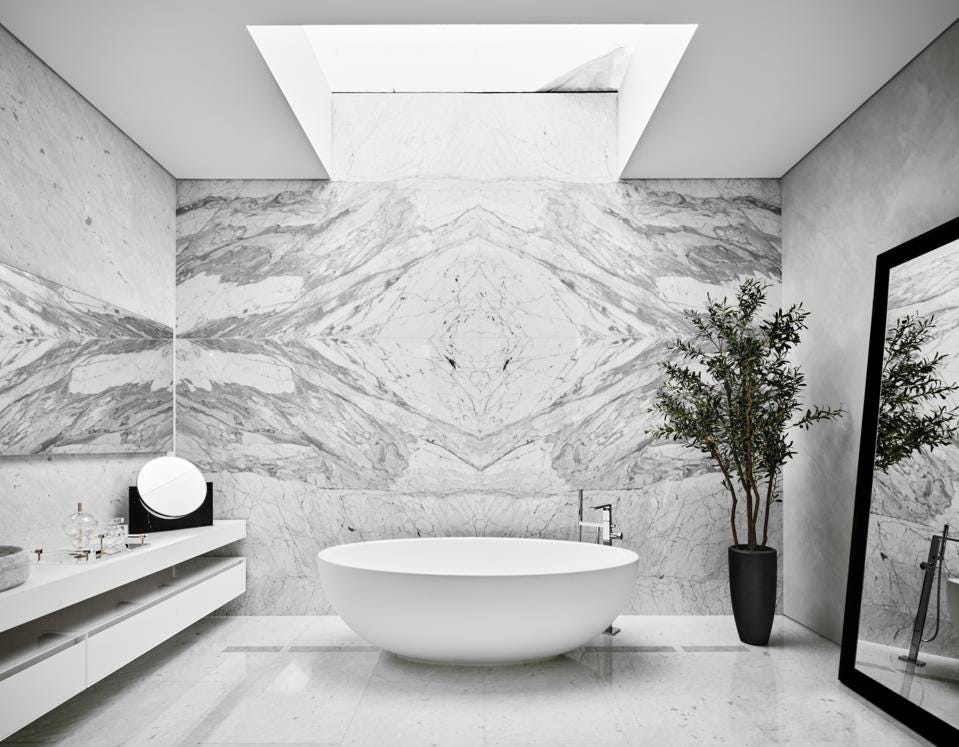 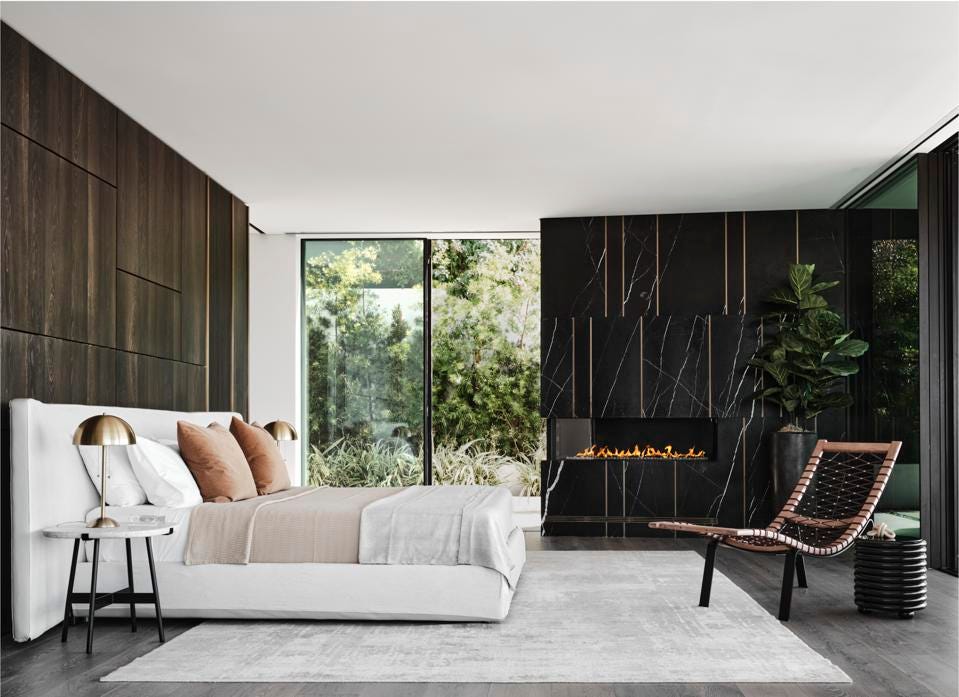 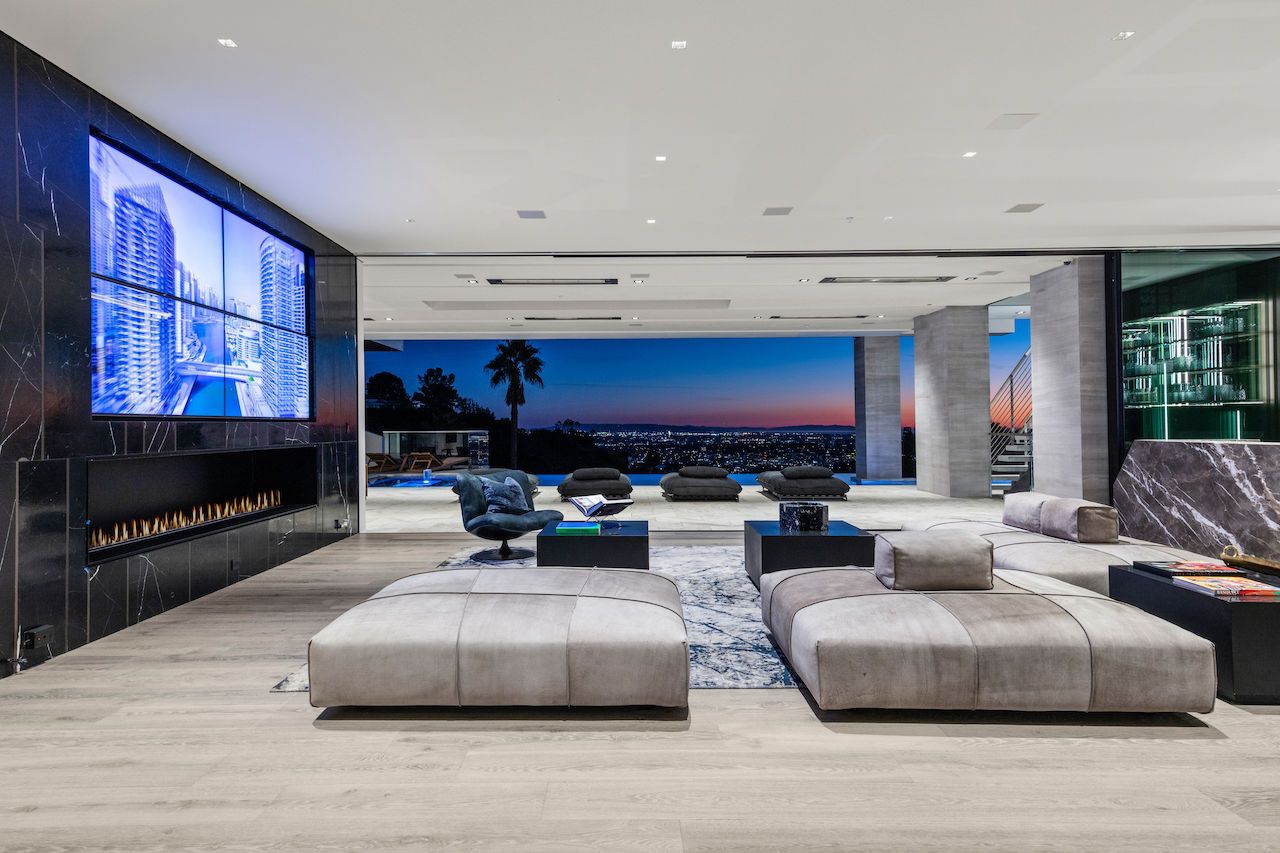 The ceilings in the screening room are nearly 18 feet tall, with seating for about 20 people, Mr. Chen said. “We wanted to make it feel like a real theater.”

The 18,169-square-foot house has seven bedrooms, nine full bathrooms and five partial bathrooms. It sits on a 0.57-acre lot.

Amenities include a pool with an interior lap lane, a home theater, a gym, an elevator, and a wellness center with steam, sauna and massage rooms.

The garage has 15-foot ceilings and a stackable lift system that allows it to hold up to six cars.

Trousdale Estates, which was developed in the 1950s and ’60s, is a “very exclusive area of Beverly Hills,” Mr. Chen said. “It’s right next to the Bird Streets,” another high-end neighborhood.

“It’s one minute to West Hollywood and all of the bars and restaurants,” he said.