A Los Angeles megamansion could sell for $295 million

105,000-square-foot mansion in Bel Air, dubbed "The One," could become the most expensive property to sell in the United States when it hits the auction block next month.
The hillside property, which spans over a sprawling 3.8 acres, will be listed on January 7 at an eye-watering $295 million, with an online sale held February 7 to 10 via Concierge Auctions. From its elevated perch, the home boasts 360-degree ocean and alpine views as well as ones of downtown Los Angeles.
Few properties in the world have ever sold above that list price, including the Chateau Louis XIV in France, La Belle Epoque penthouse in Monaco and the Pollock's Path Estate in Hong Kong, according to Christie's Real Estate.

Taking around a decade to complete, The One is being marketed as the first and only residence of its size in Los Angeles, thanks to new regulations passed in the city during its development that now limit the size of single-family homes, to reduce the number of so-called megamansions being developed.

LA's Westside is no stranger to nine-figure price tags, with another Bel Air property listing for $250 million in 2017, as well as the sprawling Beverly Hills home "Villa Firenze" up for auction for $160-million last year. (It sold for an undisclosed amount.)

But, dubbed a "gigamansion," The One is the most showy of them all. Real estate agent Aaron Kirman, whose eponymous group is jointly selling the property with Williams & Williams, called it "the Mona Lisa of the residential world" in a phone call.
The One has never been on the market, but if it's sold, its owners will have amenities that include a nightclub, salon, spa, 10,000-square-foot sky deck, private running track, movie theater, bowling alley and 10,000-bottle wine cellar. There's even a moat: an infinity pool that stretches around three sides of the residence. At 5,500 square feet, the master bedroom alone is more than double the size of the average American house. 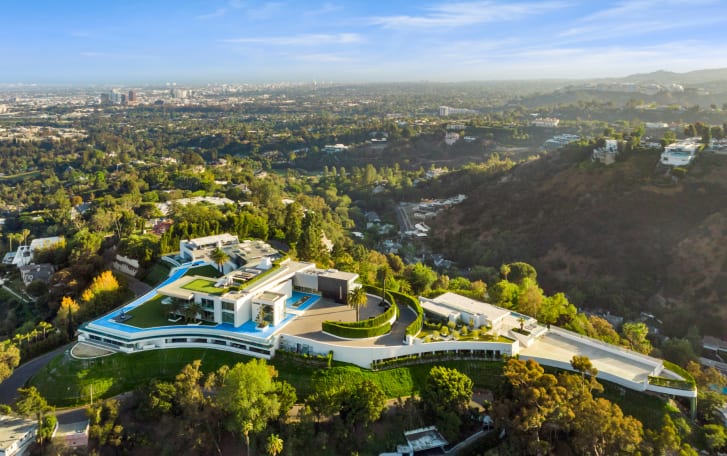 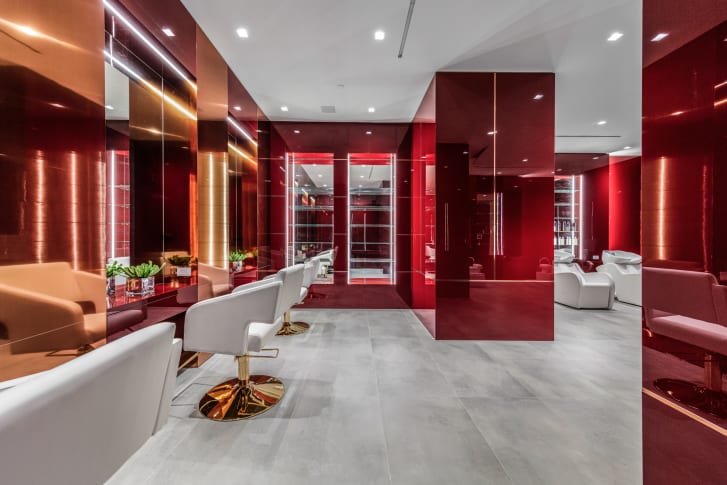 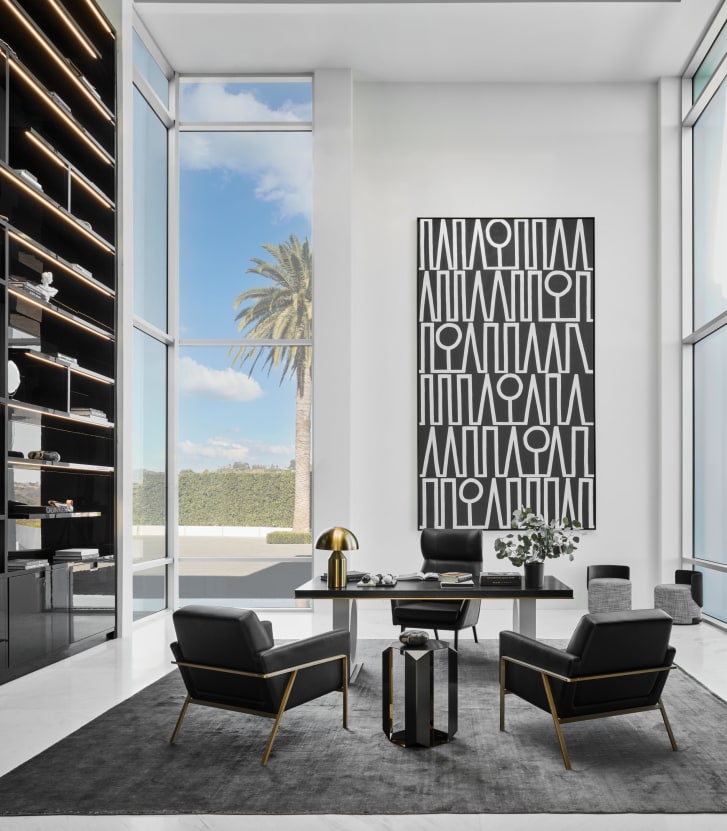 Conceived by architect Paul McClean, who has designed homes belonging to Beyoncé and Jay Z, Avicii, and Calvin Klein, the Modernist aesthetic is both streamlined and extravagant. Neutral colors and clean lines provide a base for luxe details such as a number of original artworks including a butterfly installation by conceptual artist Stephen Wilson and a sculpture by Venetian glassworker Simone Cenedese, which are included in the sale.

The property's developer, Nile Niami, aimed "to build one of the finest properties across the globe," Kirman said. But bringing the property to market has not been without its issues. CNN reported this past September that the property's value was once estimated at $500 million, and that the owner defaulted on more than $100 million in loans and debt, according to court documents. Over the summer, the home was placed in court-ordered receivership for complicated real estate deals, an alternative to foreclosure, to pay its debts.

According to Rayni Williams of Williams & Williams, the $500 million estimate was speculation, and $295 million is more reflective of the current market. It is a more "marketable" and "tangible number," she said over the phone.
As for why it's going straight to auction, Kirman explained: "Any given house that's 100-plus-million dollars can take anywhere between one year and five years to sell." An auction "was the best way to have a condensed timeline," he added.
With fewer than 2,800 billionaires in the world, The One's future homeowner will come from a small pool of potential buyers -- unless perhaps a group of multi-millionaire friends decide to share the cost.
"It's a limited market that can afford it," Kirman said. "But we absolutely know who our target is."