Non-fungible tokens, which are units of data stored on blockchain, have recently become a trendy form of modern art. Now they're part of an $88M mansion listing

The Palazzo di Vista mansion in Bel Air, which celebrity dermatologist Dr. Alex Khadavi designed, has hit the market for $88 million and comes with an impressive collection of art — both on canvas and as non-fungible tokens known as NFTs.

The seven-bedroom and eleven-bathroom estate, which sits on a hill overlooking Bel Air, was built by Khadavi in partnership with Ali Rad Design Group for resale as a resort-style home. With views stretching from the San Gabriel Mountains to the Channel Islands, the Palazzo is as heavy on amenities as a home can be. Features include a floating wrap-around deck, a glass elevator, an outdoor koi fish pond, a retractable DJ table in the living room, a spa, a gym, several pools (one of which is integrated with the home’s music system), a wine room and a champagne tasting room.

The house, which Khadavi listed for $87.77 million in May, is also remarkable for another reason: the buyer will also receive a $7 million art collection full of rare and unique art. Curated by MDP Art Curators, the artwork includes pieces by Ghost Girl, Andy Moses, Shane Guffogg and Jimi Gleason. The home also displays a gallery of non-fungible tokens, or data units stored digitally on the blockchain. The gallery of artwork appear as normal paintings but are stored in an online repository of information.

“NFTs are obviously the hottest thing in the art world and one of the most relevant art forms today,” Aaron Kirman, the Compass listing agent representing the property alongside The Agency founder Mauricio Umansky, told Inman. “Obviously art and home go hand in hand and people that have the most expensive art collections are also buying the most expensive homes. Real estate agents have to be on top of the latest trends to get our clients the highest prices. Right now, those trends include NFTs.” 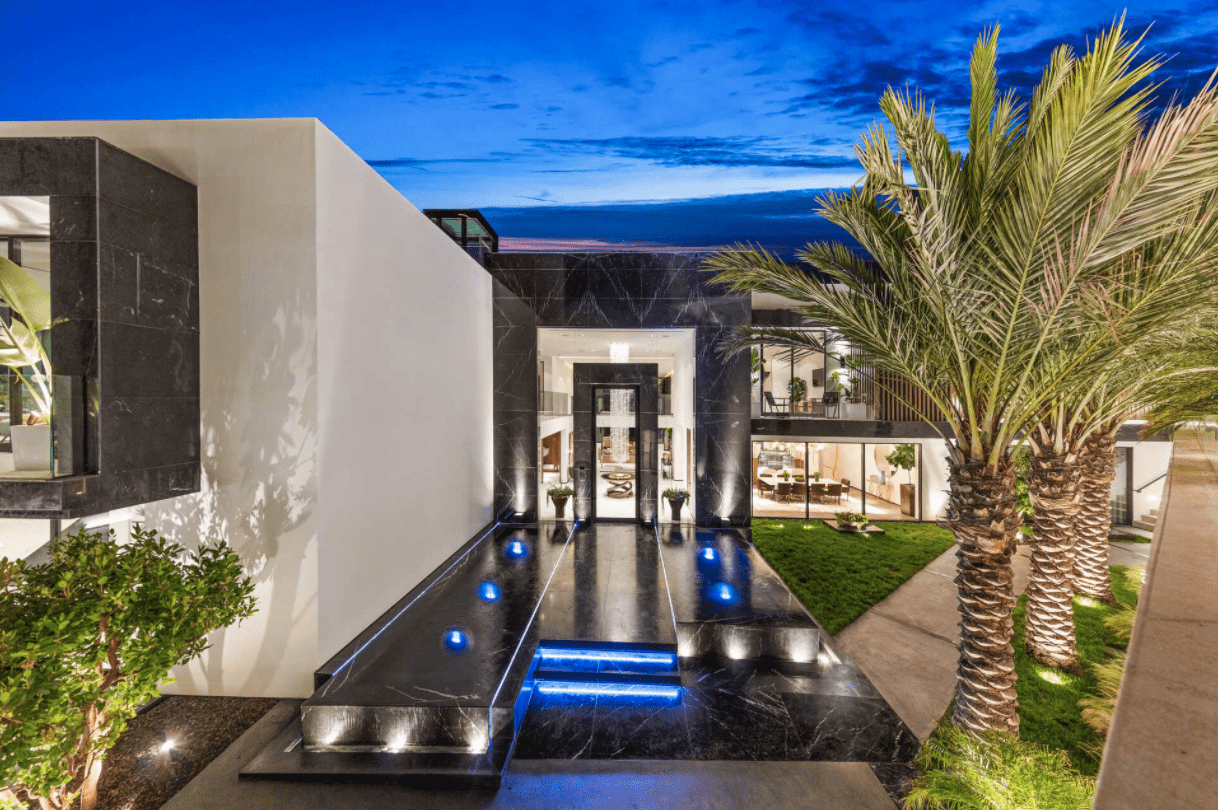 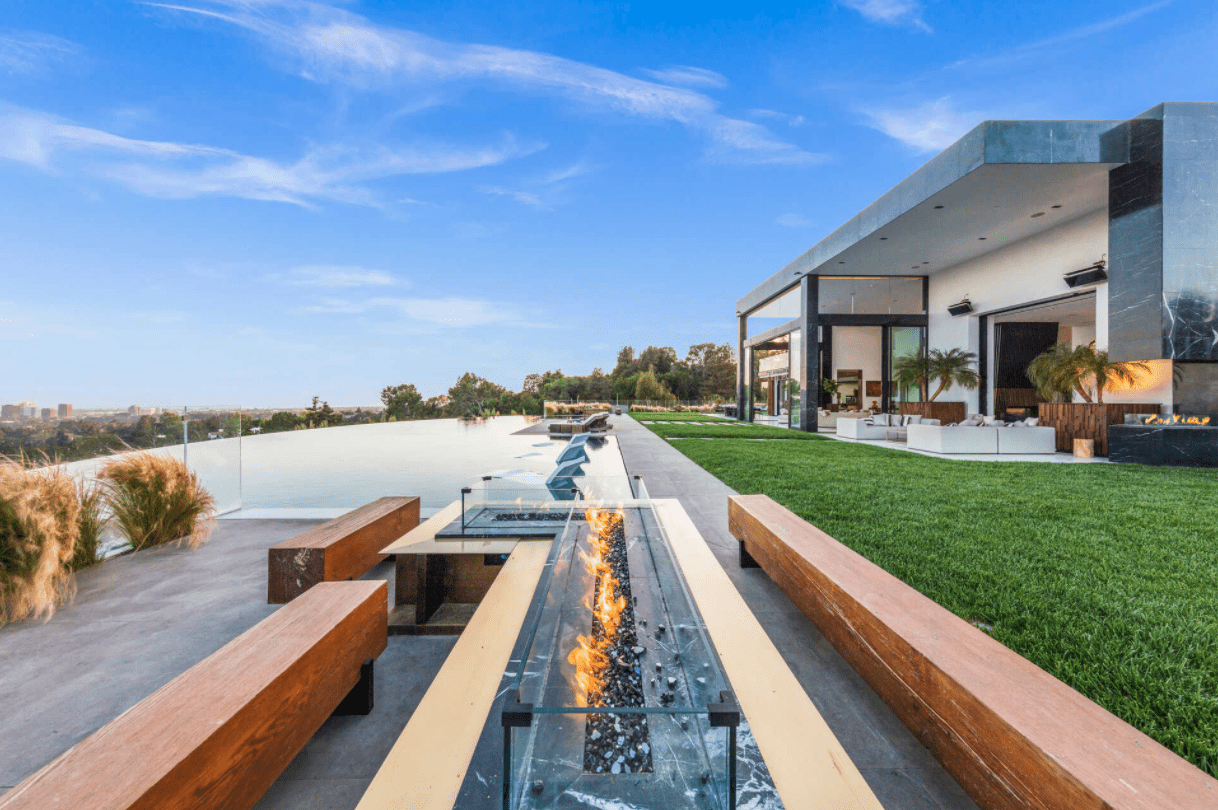 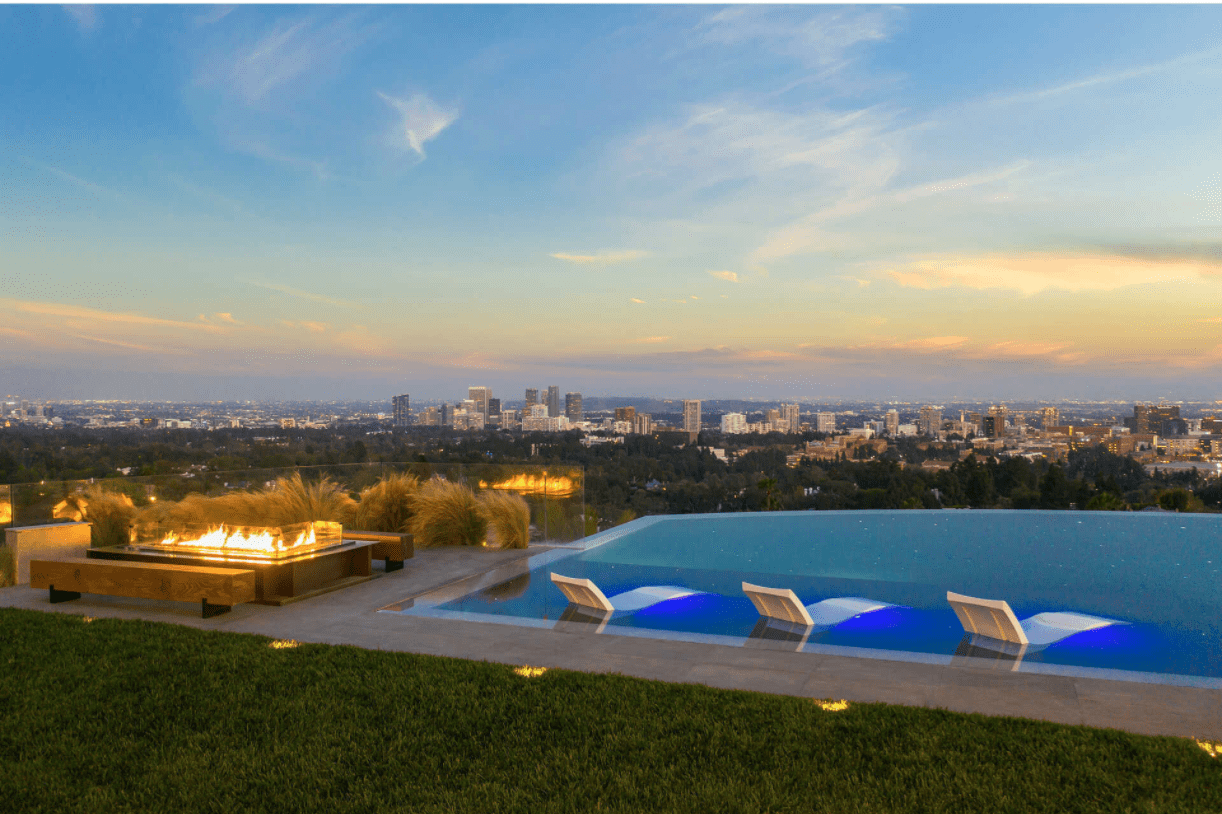 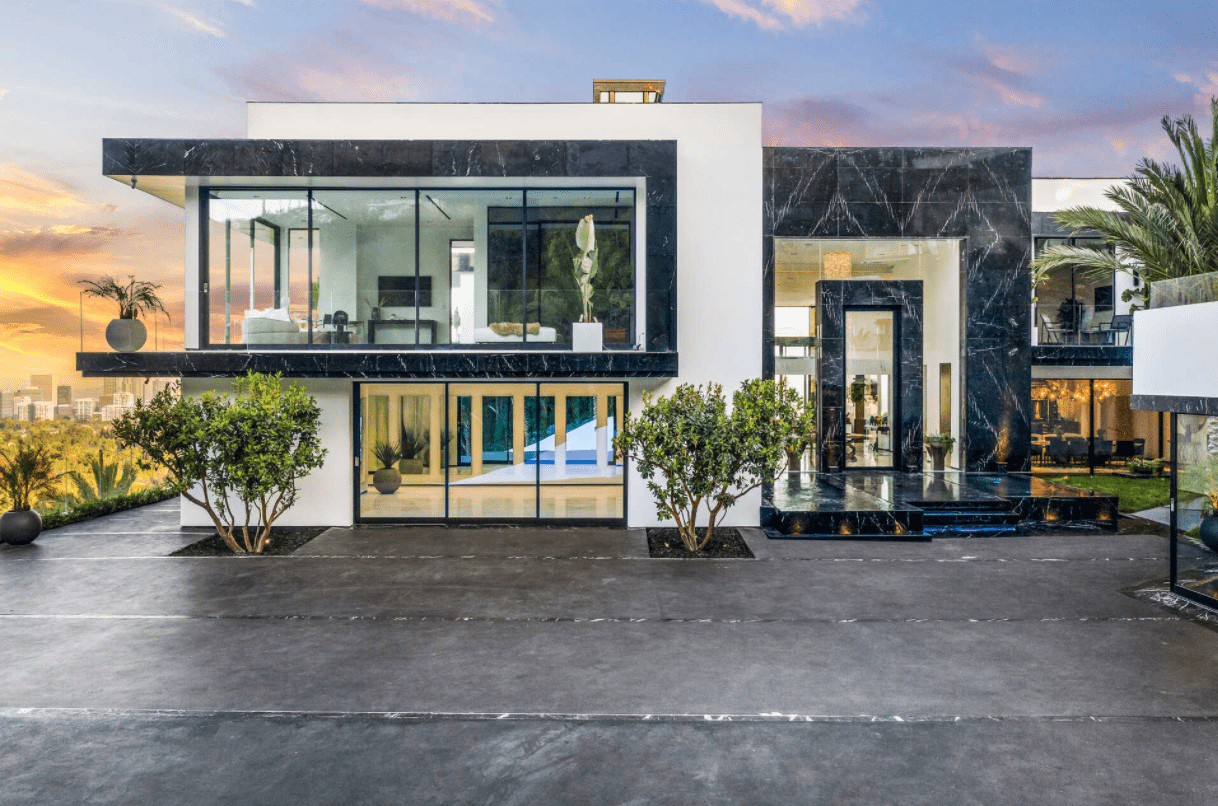 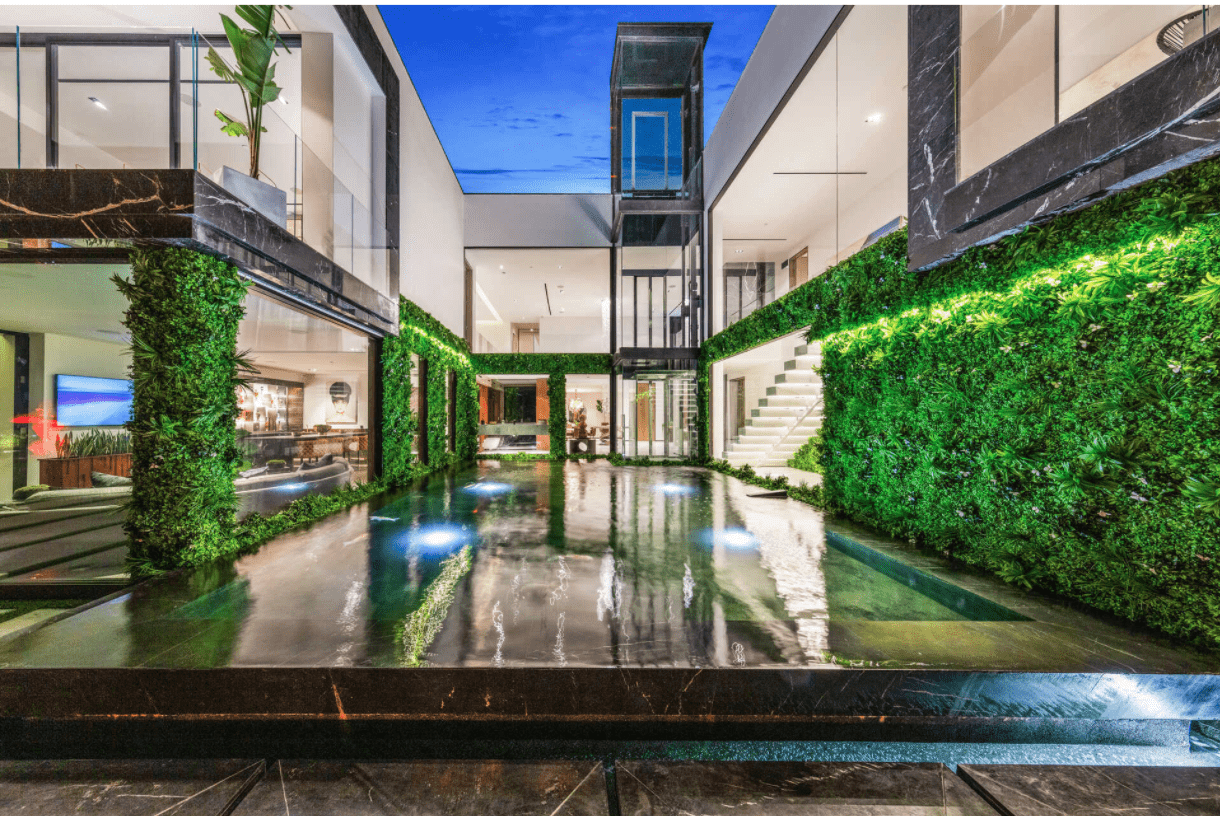 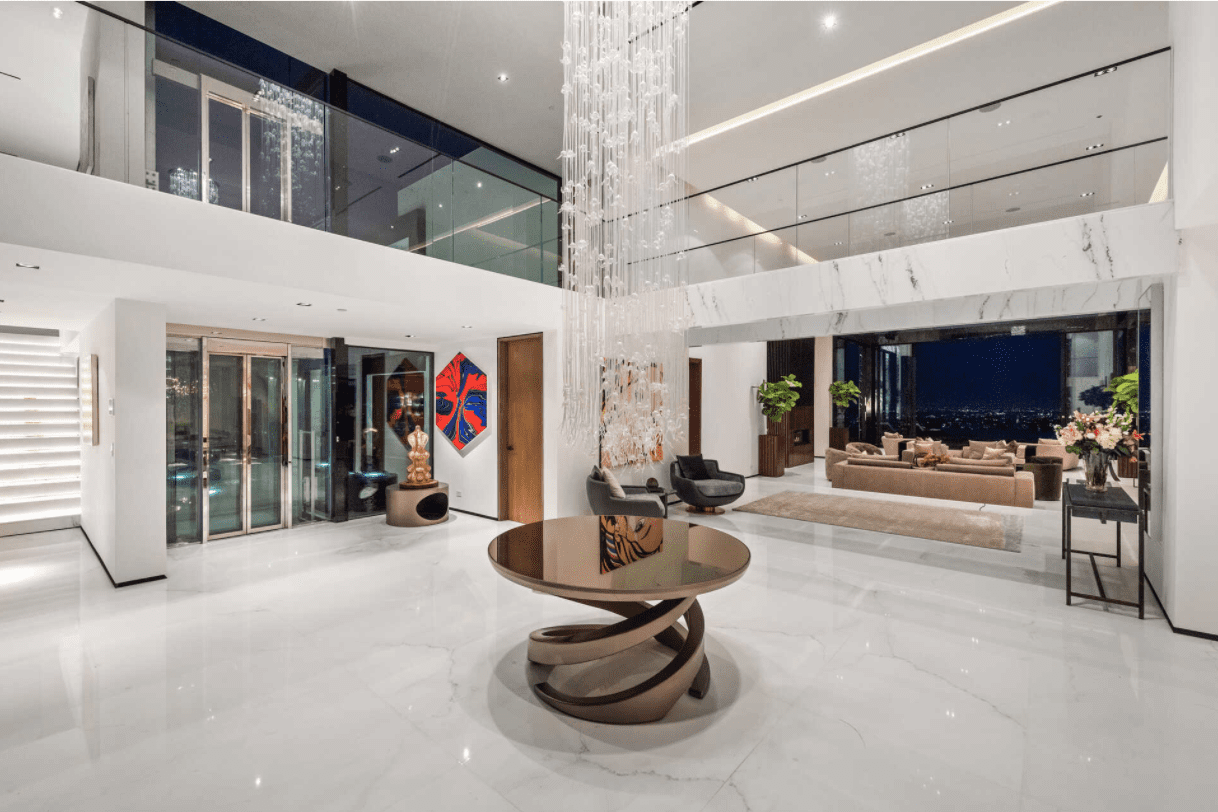 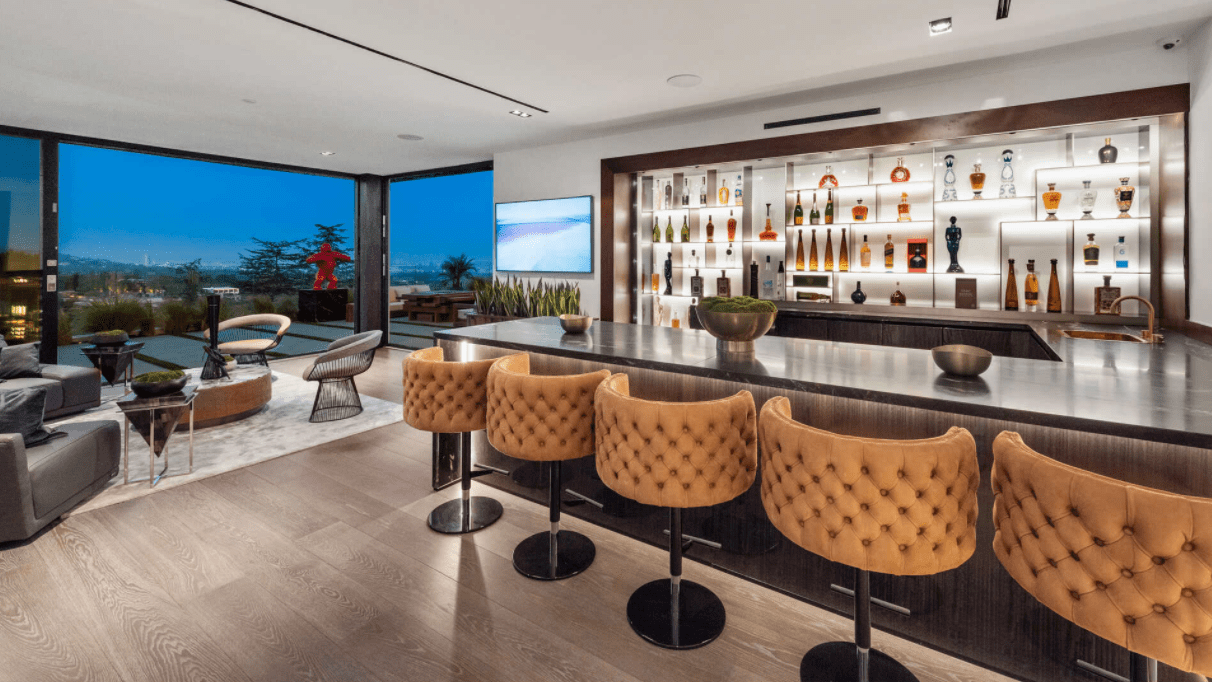 Khadavi, a fan of all things digital and modern, is open to accepting payment for the property in bitcoin. While such a sale in any type of cryptocurrency would certainly shatter records, the practice of this type of luxury real estate deal is becoming more and more of a reality. Back in June, a Miami mansion was sold for $22.5 million entirely in cryptocurrency.

“NFT art is interesting because, in a sense, it’s more durable,” You can’t really have any soilage or damage from sunlight. And it’s easy to take down and remove,” Phillip Braunstein, president of Colossal Properties, told the Hollywood Reporter. “I know some friends where the majority of their [art] collection is in storage because they simply don’t have wall space, but with the NFT art, you could have thousands of art pieces that you could rotate in and out using your phone.”

While he has dabbled in real estate development in recent years, Khadavi’s primary work is as a celebrity dermatologist — he has treated celebrities like Lance Bass, David Hasselhoff and Scott Disick.

Earlier this week, TMZ reported that a neighbor in Khadavi’s condo complex in West Hollywood filed for a restraining order after Khadavi reportedly made homophobic rants against him and his husband in July. The video of the rant, in which Khadavi is seen saying a homophobic f-word slur and threatening to ‘f*** you up’ has been circulating on social media.

Kirman said he would not comment on his client’s appearance in the news but said that he has already received two offers on the house.