This five-bedroom Spanish Revival home in the heart of the Beverly Hills Flats neighborhood is tucked away behind privacy-affording trees and hedges, which also give the property a sense of being its own environment.

“You first enter the property through a whimsical courtyard,” said listing agent Sammy Jallad of Aaron Kirman Group at Compass. “Inside, the home’s grandeur and character are apparent but it also has such an easy living energy to it.”

The home’s entry hall is dominated by a sweeping staircase and an ornate wrought-iron chandelier and the formal living room features high ceilings, exposed wood beams, a fireplace and three striking industrial light fixtures, which were installed by a previous owner. The family room also has a fireplace and it adjoins a chef’s kitchen, complete with professional appliances, a walk-in pantry, a French ceramic backsplash and quartz countertops.

“The kitchen is an entertainer’s delight,” Mr. Jallad said. “It’s large and very open and functional. It has two double French doors that lead you out to a stunning oasis of a backyard with a gorgeous pool and spa and a cute little gazebo area that is perfect for hosting parties.”

While taking care to retain the house’s picturesque charm, the current owners replaced the home’s roof—originally built in 1999—and ensured its smart home capability.

“They are very tech savvy so that was important to them,” Mr. Jallad said. “They redid all the electrical to accommodate all the technology that they brought in and also took care to make it all work with the home’s historical lighting fixtures. They kept the hardwood floors intact and all of the home’s distinctive details that really elevate the feel of the house.” 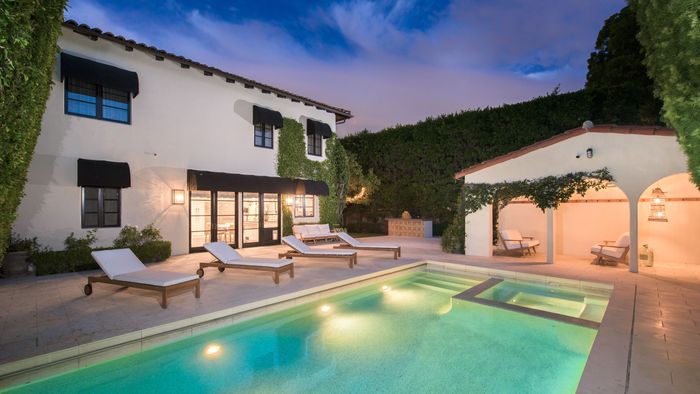 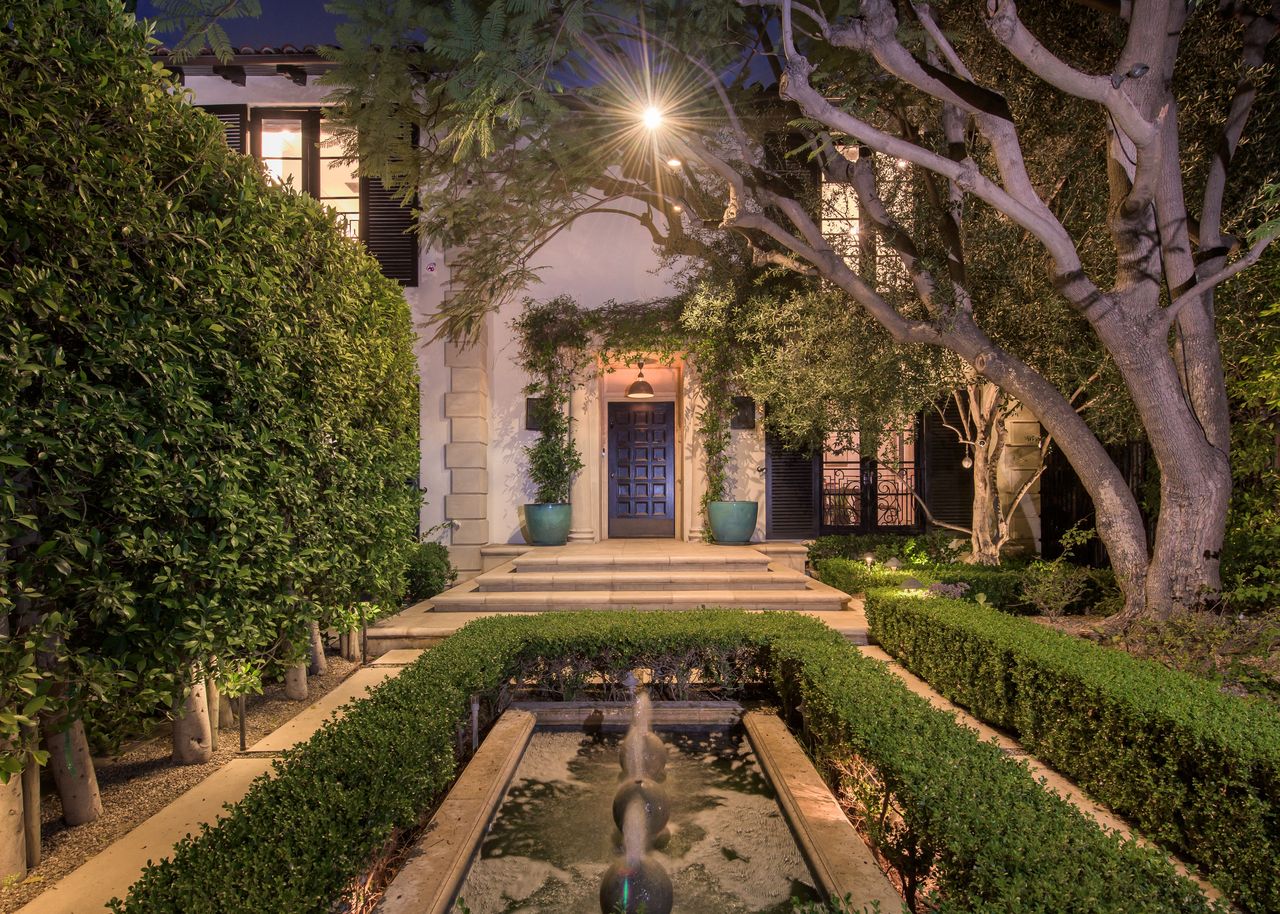 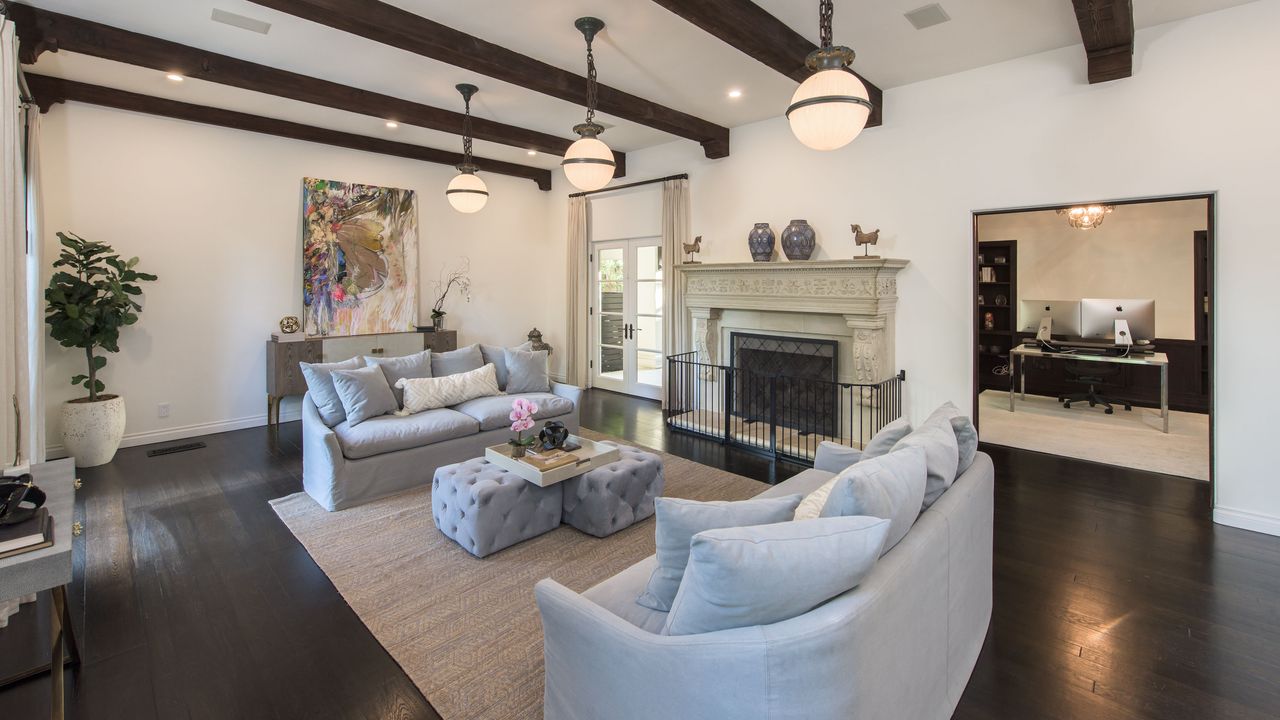 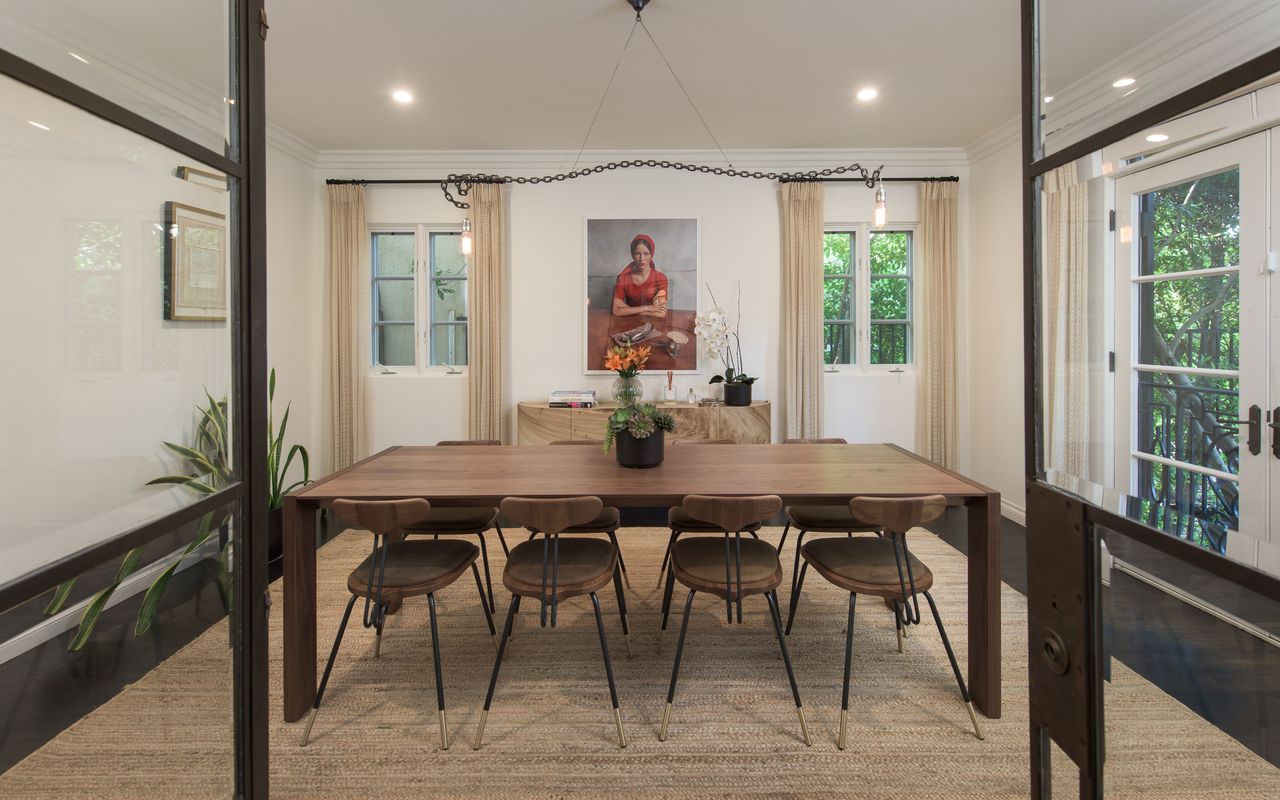 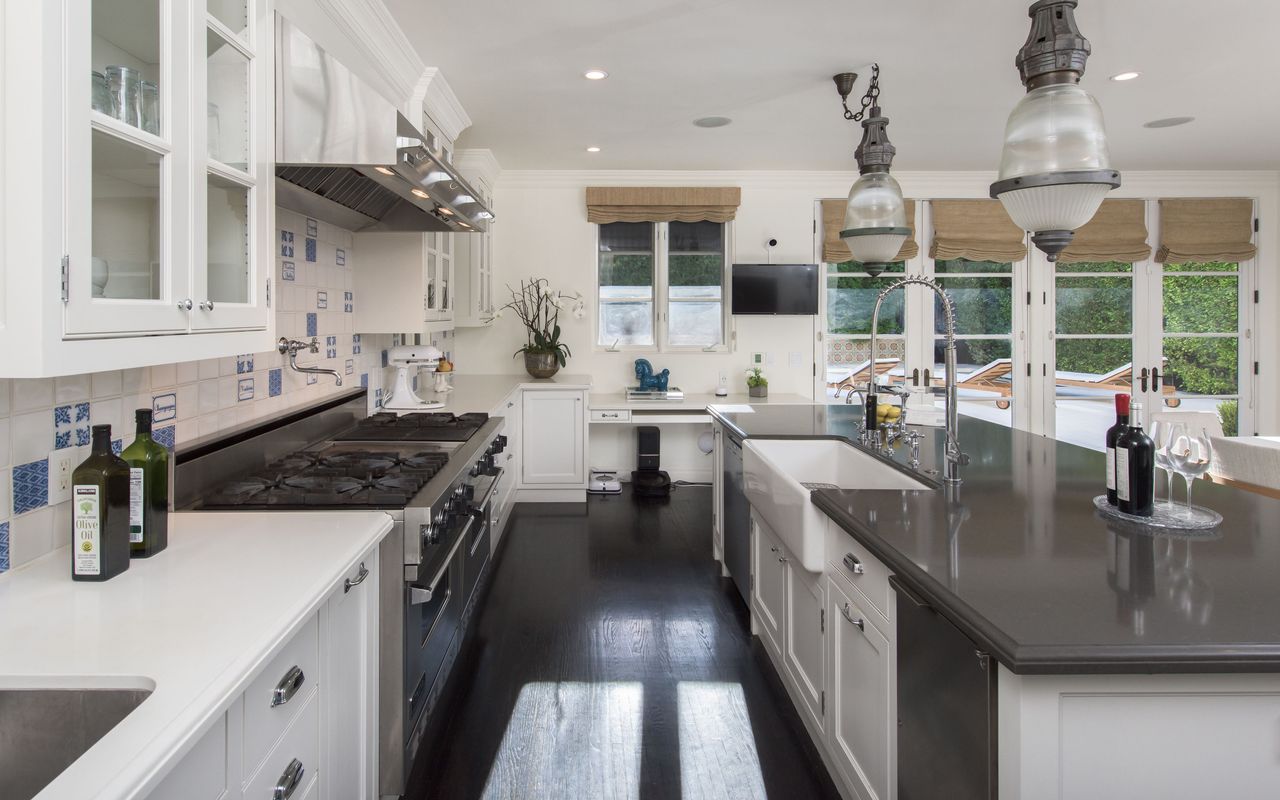 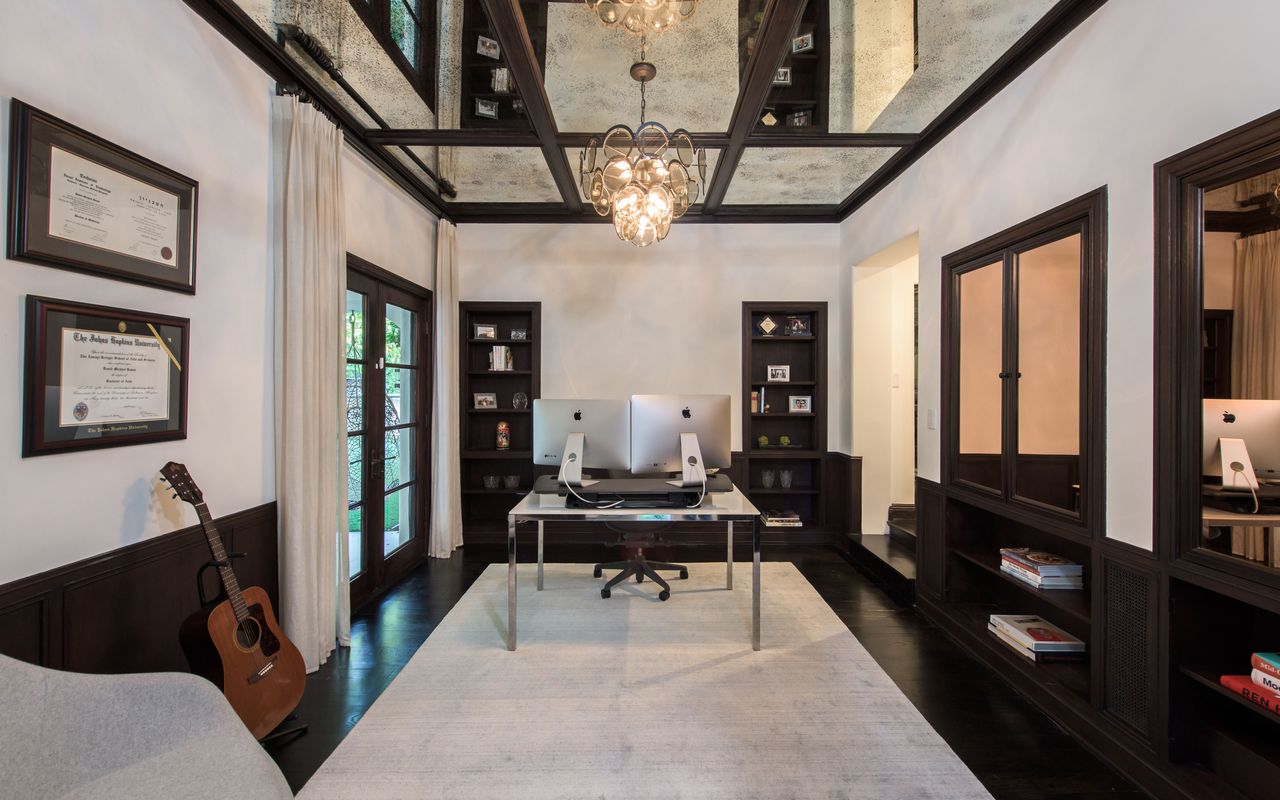 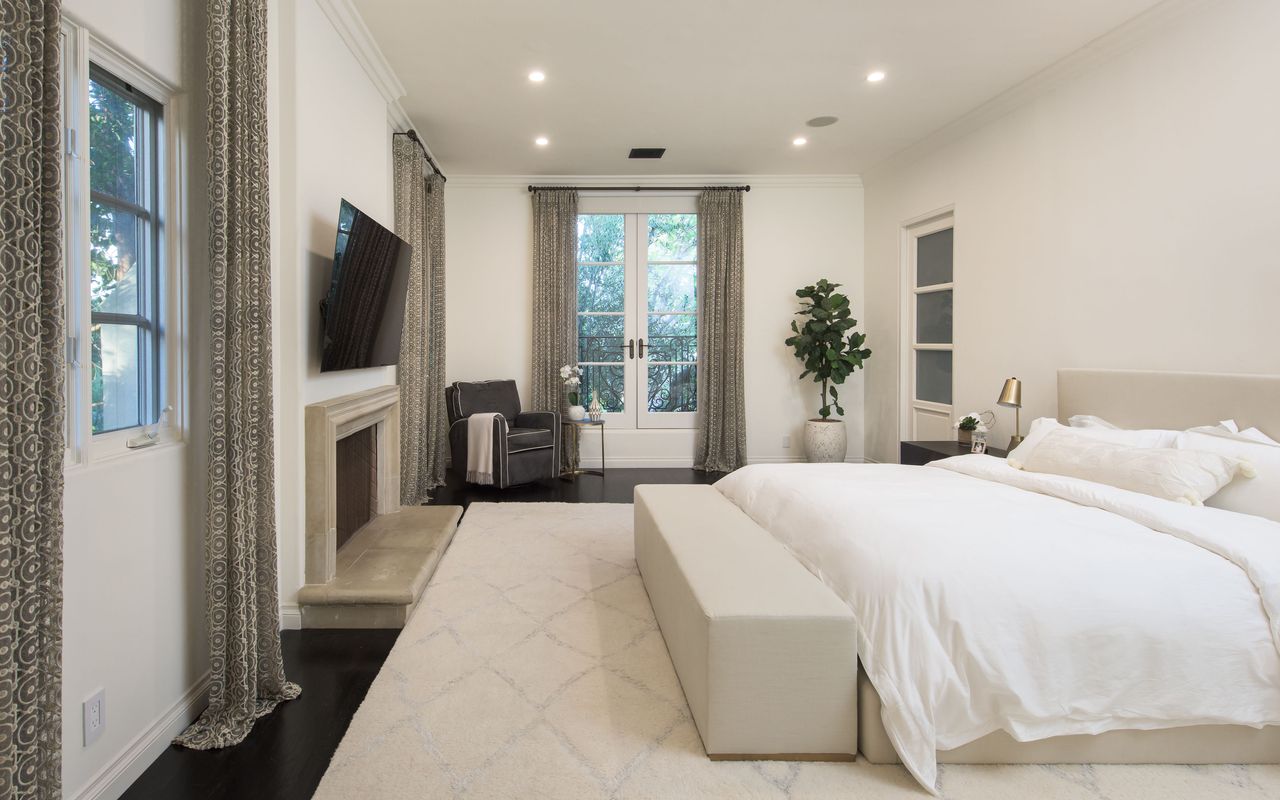 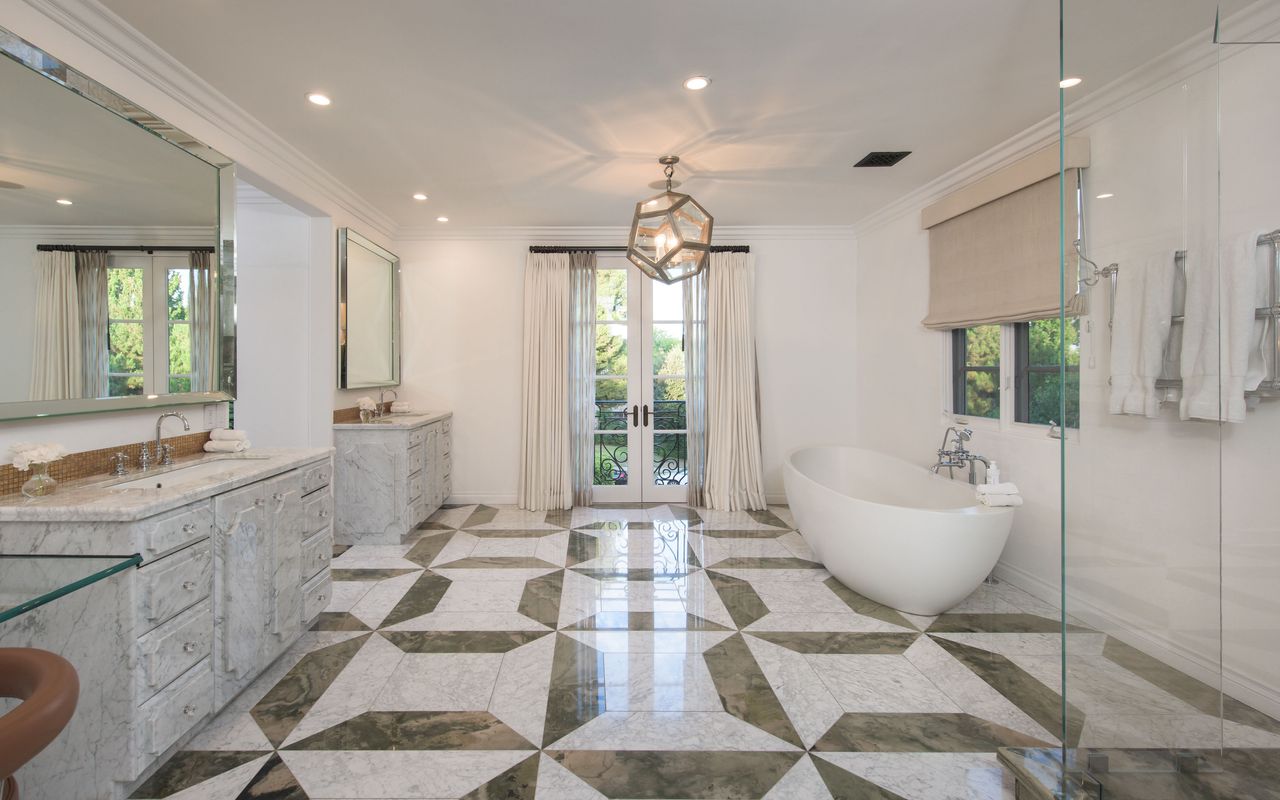 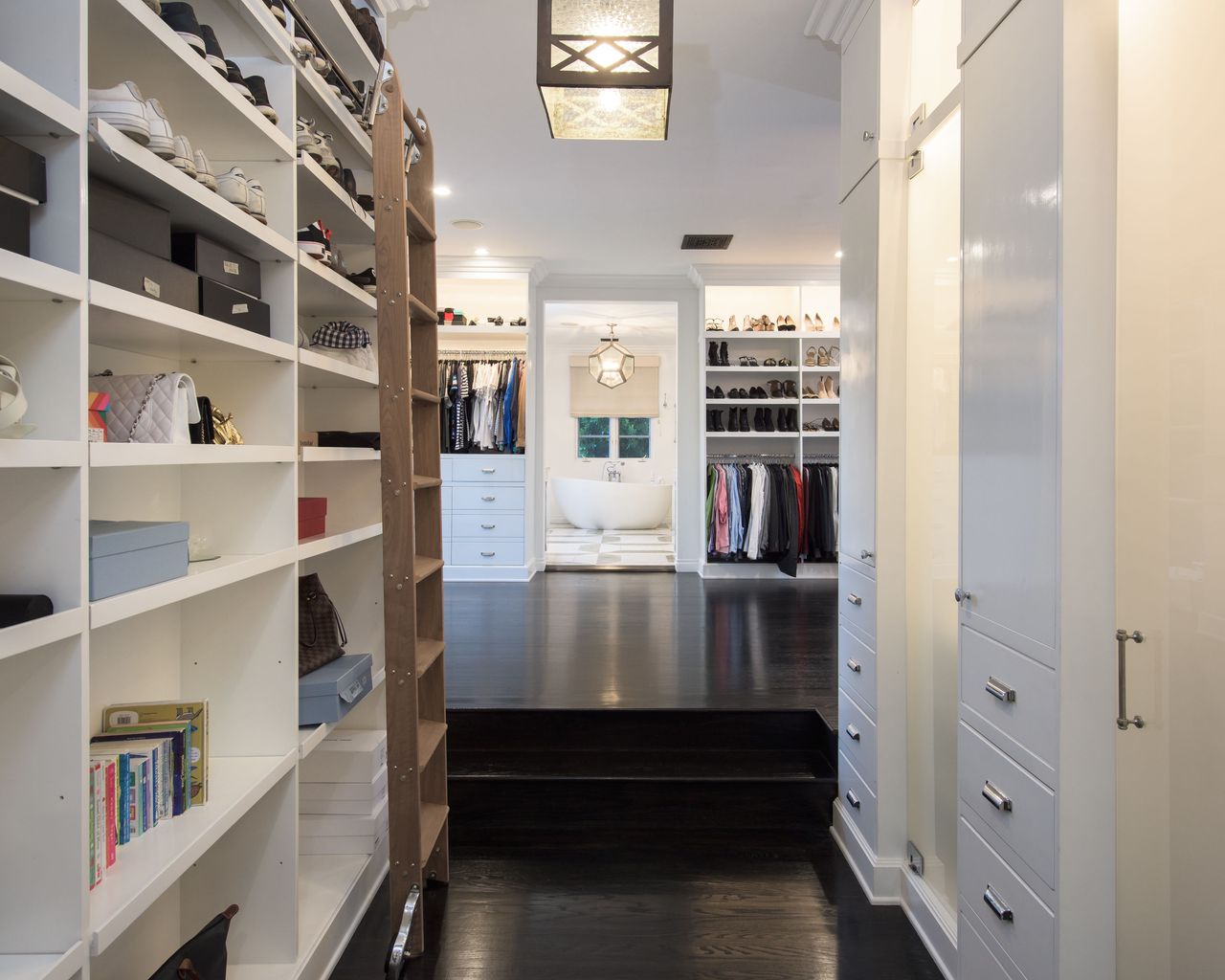 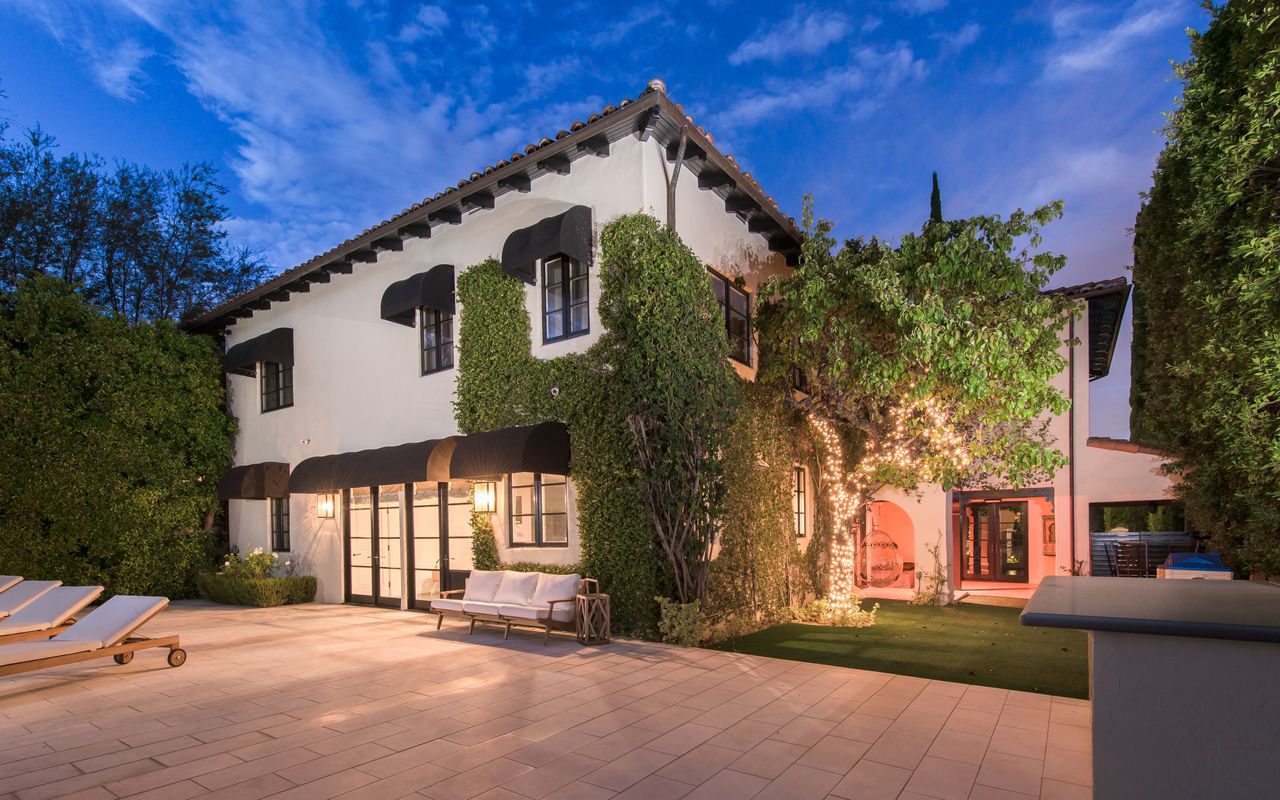 The main floor also features a formal dining room with vintage iron doors and an iron-link chandelier and a study. “The office is truly beautiful: It has an original sliding-wooden door from when it was built in 1999 and a lot of a lot of stained glass accents,” Mr. Jallad said. “It also has its own half bathroom with a sink that was carved out of soapstone and mosaic tiles throughout.”

The upstairs level has four large bedrooms, all with en-suite bathrooms, and each one features distinctive details and custom mosaic tiles.

The primary bedroom suite “takes up half of the second floor and has its own fireplace,” Mr. Jallad said. “It has a beyond incredible grand closet—it’s really its own room.” The primary bathroom has Serpentine and Carrera marble, a large walk-in shower and a soaking tub.

The 5,140-square-foot home has five bedrooms, four full bathrooms and two half bathrooms.

The property’s grounds feature lush landscaping, including a courtyard with mature Jacaranda trees and a water fountain. The backyard has a pebbled inground pool and spa as well an outdoor kitchen. There is also a four-car driveway and a separate two-car garage equipped with a Tesla Rapid Charger.

Reality TV star Nicole Richie and her stepmother, Diane, lived in the home from 2004 to 2008, and purchased and installed the three industrial lights in the living room as well as the medallion chandelier over the staircase and the two pendant lights that hang over the kitchen island at a Sotheby’s auction of Grand Central Terminal items in New York.

The home is in the heart of the Beverly Hills Flats. “Rodeo Drive and the Golden Triangle are less than a 10-minute walk from the residence and of course, it’s in an excellent school district, which makes it a great choice for families.”