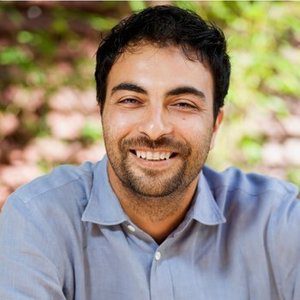 Born and raised in Los Angeles, Leran Hadar knows L.A. inside and out. After studying abroad for a few years, including boarding school in Switzerland and colleges in both Rome, Italy and London, England, he came back to his home to begin working on his career. Beginning in the fashion retail industry, he quickly worked his way up and served as general brand manager at legendary fashion retailer, H. Lorenzo for 8 years. Through his work there, he has built an impressive network of L.A.’s most celebrated and renowned clients from both the entertainment and music industries.

Capitalizing on his experience, people skills and work ethic, Leran soon after opened his own chain of retail concept stores with his now wife, Marine Azria. The stores are called The Piece Collective and together they own several locations including one on Abbot Kinney and The Glen Centre in Bel Air.

With a strong drive and passion, Leran Hadar is dedicated to his clients as a real-estate agent with Aaron Kirman Team (John Arrow Group). He continues to pursue his career with the same passion, integrity and commitment to his clients as he has throughout his career. As he often likes to say, “without integrity, nothing works”.