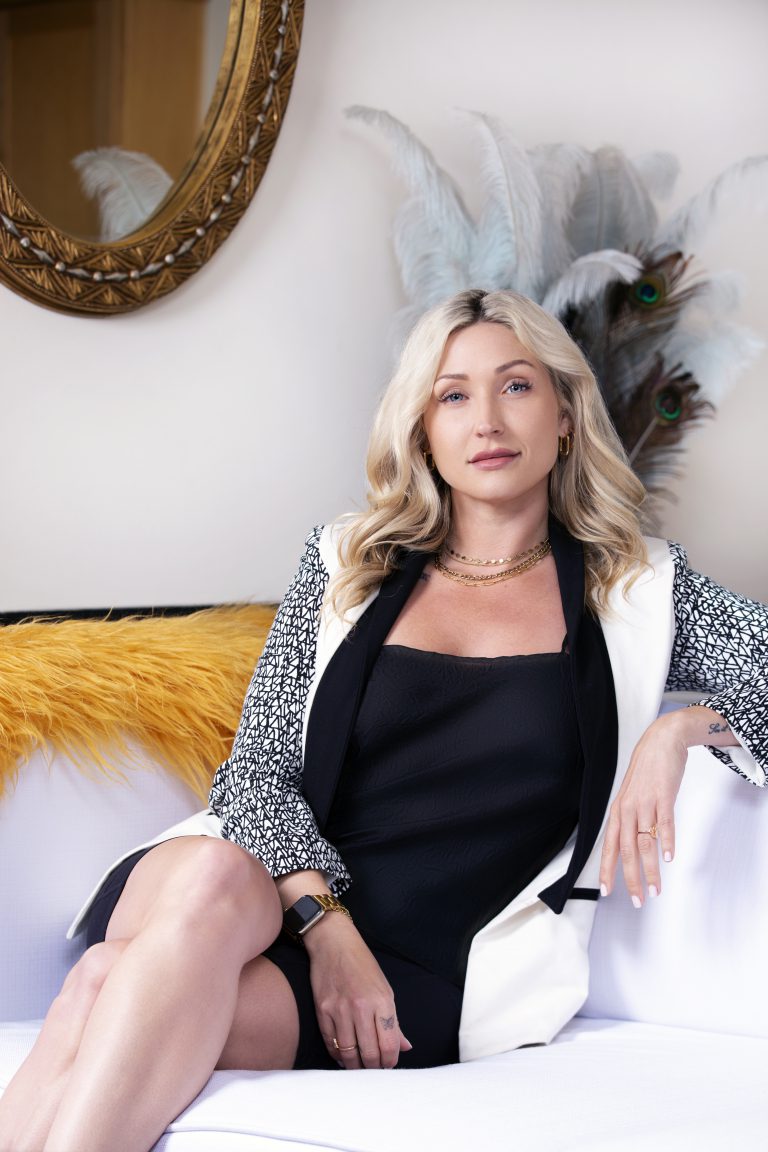 From the red carpet to the recording studio, Tay Hasselhoff has been part of the Pop Culture mainstream from day one. Born to the international dance rock icon and actor David Hasselhoff, Tay has forged her own career as, a singer, tv host, actress, magazine editor, and now a luxury real estate agent. Joining the high powered team of Aaron Kirman Partners as part of Beverly Hills-based John Aaroe Group and Pacific Union International.

From touring Europe as a sister singing group for 2 years to going solo and releasing her single in 2015 reaching over 200,000 views to being Cozi Tv’s host, she lives for the entertainment business. Traveling all over the world since age 3, she has lived all over from NYC, Hawaii and London exploring. Her experiences led her to blogging and becoming the editor for an online magazine called Bellus Magazine which celebrates artists in music, film, fashion, and charity. She later hosted their tv channel Bellus Tv alongside with on-camera interviews with all artists. This allowed her to talk to people all over, meet people from all different backgrounds and get creative in her articles and interviews. Always a people person, real estate gave her the perfect combination between loving the artistry/design of properties while interacting with people all day long. She finally found a career choice that all her experiences in life led her to.

Tay currently works as a full-time Lagree fitness instructor at Pilates Plus and spends her time making a change in the world for the voiceless as an ambassador for over 8 years for World Animal Protection, an international non-profit animal welfare organization whose vision is a world where animals live from suffering. In her spare time, she enjoys recording/writing music, traveling, working for her nonprofit as an ambassador of World Animal protection organization.