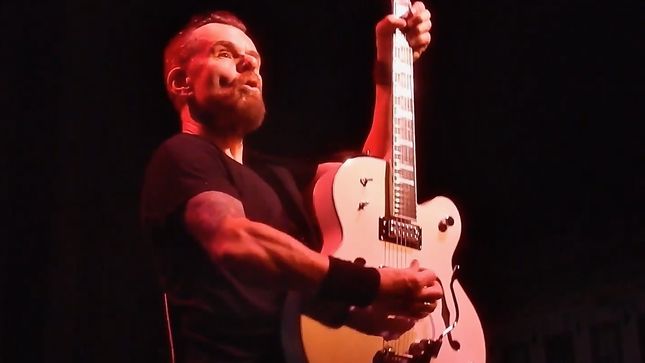 After a dramatic remodel, British rocker Billy Duffy is asking $3.8 million for his Midcentury home in Hollywood Hills, reports Los Angeles Times. Duffy, best known as the guitarist for rock band The Cult, bought the home four years ago for $2.63 million and transformed the interior into a sleek, minimalist space. Shades of white and gray cover the common spaces, including an indoor-outdoor great room with whitewashed beams over a concrete fireplace. There’s also a modern kitchen, media room and office. The second story holds an owner’s suite with sitting room, spa bathroom and balcony. Above that, an elevator ascends to the top level, complete with a gym. Outside, there’s a hilltop meditation area, flagstone patio, landscaped lawn and scenic perch overlooking the canyon below. A guest studio with a separate entrance completes the property, which spans a third of an acre. 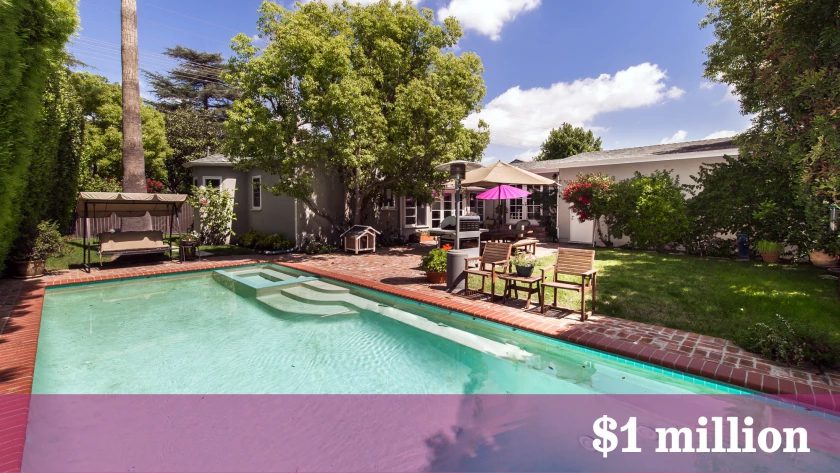 Soap star Aaron Lustig has bought a house in Sherman Oaks for $1 million. The ranch-style home was built in 1936 but recently renovated. Among newly refurbished parts of the house are the three bathrooms and the kitchen, which features a center island and stainless-steel appliances. The 2,100 square feet of living space includes a vaulted-ceiling living room with a fireplace, a study, an art studio and three bedrooms. The dining room and master bedroom have French doors opening to the yard. Next to the lawn is the saltwater swimming pool with a brick surround and motorized cover.