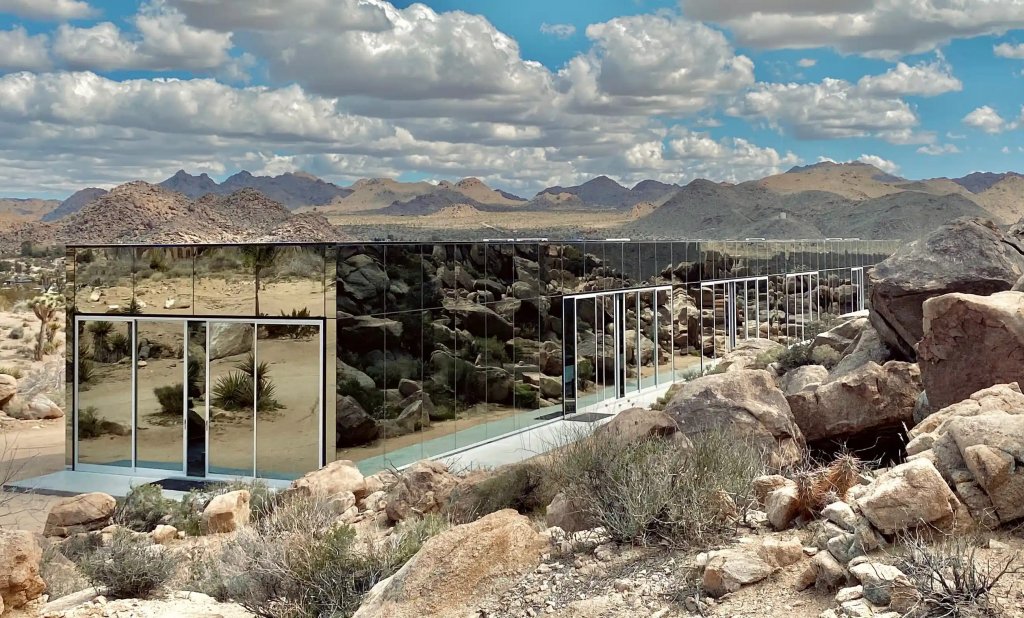 Joshua Tree’s ‘Invisible House’ could be yours for $18m

A surreal desert structure that ‘flaunts its abundance’ has attracted celebrities and more: ‘Demi Lovato saw aliens there’ Joshua Tree’s real estate boom may have reached a symbolic peak, as the desert town’s iconic, mirror-walled mansion goes on the market for $18m in what is said to be a record-setting asking price. The Invisible House, constructed in 2019 by film producers Chris and Roberta Hanley, has hosted celebrities like Lizzo, Alicia Keys, Ariana Grande and The Weekend, and been featured in the Netflix series The World’s Most Amazing Vacation Rentals. The house is a surreal, box-like structure, with glinting glass walls that reflect the desert landscape, and a massive, 100ft indoor pool that stretches nearly half the length of the house. Its owners have touted the meditative aspects of the property. “I think Demi Lovato saw aliens there,” Roberta Hanley told the Wall Street Journal. The house had previously been available to rent for $150,000 a month, $6,000 per day, or $1,000 per hour, Mansion Global reported last summer. A rental website touted the house’s “dramatic desert contrasts” and the “oversized” pool that “flaunts its abundance in a seemingly barren land”. The residence, which offers a modest three bedrooms and four bathrooms, has a “fully-mirrored exterior which ‘disappears’ into the surrounding desert”, as well as high-end kitchen appliances and charging stations for three Teslas. “To our knowledge, it is the most expensive listing in Joshua Tree now,” said Matt Adam, one of the property’s listing agents. Even if the Invisible House ends up selling for $9m, half the current asking price, “it will be the most expensive home ever sold in Joshua Tree”, local newspaper San Bernardino Sun reported. Just a few years ago, Joshua Tree, a tiny town in California set next to a stunning national park, was a refuge for artists and oddballs, a place where locals said it was possible to rent an apartment for $500 a month. But during the pandemic, the town’s two-hour proximity to Los Angeles, and the social media-fueled popularity of Joshua Tree national park, led to one of the largest increases in housing prices in the state. The result has been a worsening local housing crisis, with many longtime residents and local service industry employees saying that skyrocketing rental costs have forced them out of their homes. In recent months, the booming desert housing market has started to slow. Average Joshua Tree housing sale prices were down 25% in December 2022, compared with the year before, and the number of houses sold was down by more than 50%, according to Redfin, a real estate company that publishes housing data. The Invisible House, of course, is not even close to an average Joshua Tree home, the median price of which was $343,000 last month, according to Redfin. Real estate agents at AKG Christie’s International Real Estate have been “bombarded with calls” from journalists and others since the house was put on the market, Adamo said. Much of the interest so far has come from potential buyers interested in the house as an investment property, Adamo said. The house has previously brought in as much as $1.4m in income in a single year in rental and production fees, he said. So far, there has been more interest from potential American buyers than from international customers, Adamo said, since Americans have a better understanding of the cultural appeal of Joshua Tree’s remote desert landscape, while international buyers are more interested in properties closer to the bright lights of Los Angeles, a two to three hour drive from Joshua Tree. Chris Hanley, known for producing films like the Virgin Suicides, American Psycho, and Spring Breakers, has described the “Invisible House” as part art project, part residence, which was inspired in part by a monolith in 2001: A Space Odyssey and by his old friend, Andy Warhol. Just buying the glass for the house’s construction cost nearly $700,000, he told the Wall Street Journal. Hanley did not immediately respond to a request for comment on the property. “It’s so close with nature and so integrated with the rock formations and everything in the desert. That’s probably the most exciting and appealing aspect,” Adamo said. One of Adamo’s favorite aspects of the house is that “the sun literally goes from sunrise to sunset in the [master] bedroom. You could stay there all day and see the house light up in different ways from the angle of the sun and the stars”. https://www.theguardian.com/us-news/2023/jan/20/joshua-tree-invisible-house-18m 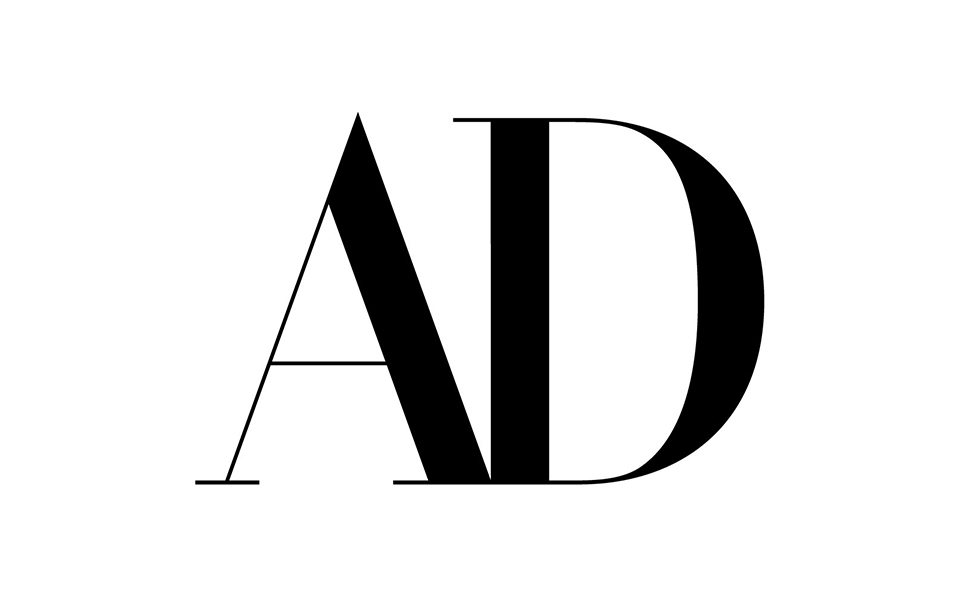 The Invisible House in Joshua Tree Lists for $18 Million

Despite its tongue-in-cheek name, you’ve probably seen the iconic Invisible House in Joshua Tree before. Featured on Netflix’s The Most Amazing Vacation Rentals and visited by celebrities like Lizzo, Diplo, and Demi Lovato—not to mention countless influencers—at this point, the beloved home in the Mojave Desert is basically an Instagram celebrity in its own right (it’s even got its own page with 33,000 followers). And now, for $18 million, the one-of-a-kind property could be yours. Designed by Tomas Osinski and its current owner, Chris Hanley, a film producer who has developed projects such as The Virgin Suicides, American Psycho, and Spring Breakers, the rectangular home’s most notable feature is without a doubt its mirror-clad exterior. It’s from this unique element that the home gets its name; reflecting the panoramic landscape around it, the house itself appears to vanish. Once inside, massive floor-to-ceiling windows further dissolve the distinction between the indoors and the outside. The unique property is cantilevered about 100 feet in the air and faces west so people inside can experience the full desert sunset. Inside the Invisible House in Joshua Tree, a 100-foot pool spans the width of the living room, offering an undeniably extraordinary way to look out into the surrounding desert. Besides the pool, the interiors of the 5,500-square-foot home also include four bedrooms, three baths, and a 222-square-foot projection wall. “Bringing the Invisible House to market for the first time ever is truly a once in a lifetime opportunity,” Aaron Kirman and Matt Adamo, the property’s listing agents from AKG | Christie’s International Real Estate, said in a statement. The mirror house’s location within the largely untouched surroundings (it’s set on 90 acres of land) only make its presence that much more striking. According to the property’s website, this is the largest privately owned parcel of land bordering Joshua Tree National Park. Designed to center the environment, it’s unsurprising that many eco-friendly elements are also found throughout the home, including a foam roof and solar panels. And as the listing agents added, “This architectural triumph located in the middle of the desert provides unique intangibles that can only be experienced at the property itself.” https://www.architecturaldigest.com/story/nvisible-house-in-joshua-tree-lists-for-18-million-dollars 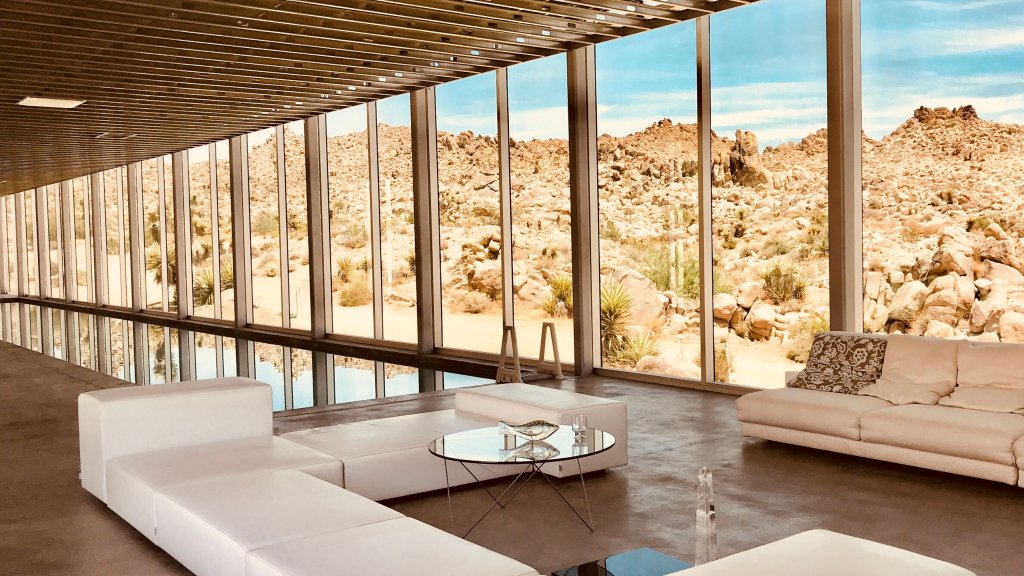 No, It’s Not a Mirage: Joshua Tree’s Invisible House Lists for $18 Million

It all started when they found out their house was illegal. In the early 2010s, Chris and Roberta Hanley were enjoying their off-the-grid vacation home in Joshua Tree, Calif., when they were informed that their 720-square-foot prefab house violated local regulations. At the time, Joshua Tree required that homes be at least 20 feet wide, and their modular house wasn’t. If they wanted to keep living on the land, they would have to build something bigger. Mr. Hanley, a movie producer and artist, quickly got to work sketching an idea for a new home. He was inspired, he said, by the black cuboid monolith in the film “2001: A Space Odyssey” as well as the work of architect Ludwig Mies van der Rohe, who designed the Seagram Building in New York City. He would later compare the design to an alien life form, or a skyscraper lying on its side. “I just drew a rectangle on paper and said, ‘OK, we’ll build this,’” recalled Mr. Hanley, 69. “I thought it could just be a monolithic, reflective, ultra-minimal thing.” The resulting house, completed in 2019 and now coming on the market for $18 million, has an entirely reflective glass exterior that mirrors the rocky landscape, making the property blend in with its surroundings. Designed with the help of architect Tomas Osinski, the so-called Invisible House is well known in the area and has been featured on Netflix’s “The World’s Most Amazing Vacation Rentals.” It has also drawn renters including musicians Diplo and Demi Lovato, the Hanleys said. The house, Mr. Hanley said, looks completely different depending on the weather and the time of day. In creating the home’s mirror-like exterior, Mr. Hanley said he was inspired by the late artist Andy Warhol, a friend of the couple’s, who famously said, “land really is the best art.” Sitting on nearly 70 acres abutting Joshua Tree National Park, the rectangular house is about 225 feet long and spans roughly 5,500 square feet. One end is cantilevered off the ground on caissons, so it appears to hover above Joshua Tree’s famed rock formations. 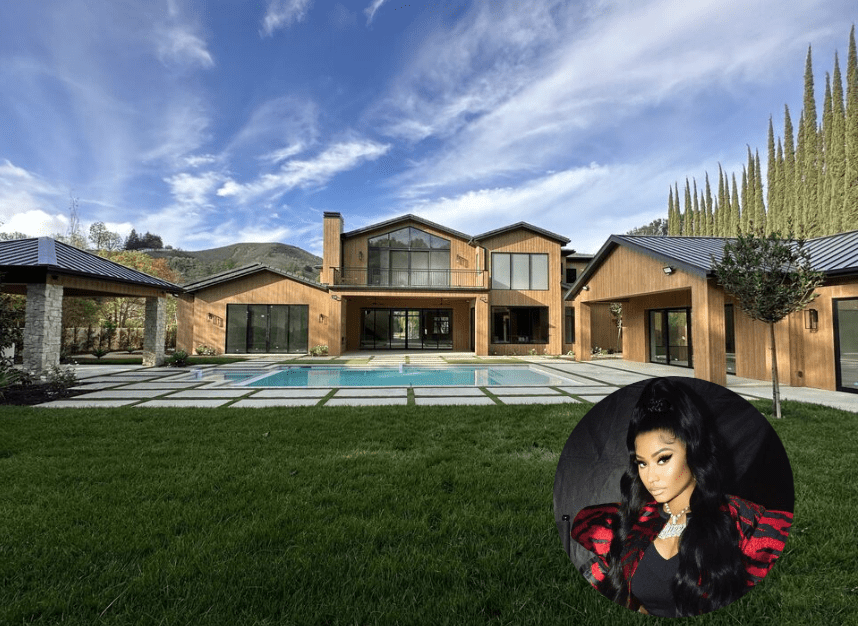 Nicki Minaj is following the parent track: have a baby and move to the Los Angeles valley. The superstar rapper has reportedly dropped $19.5 million on a brand-new Hidden Hills mansion. And in true celeb fashion—Minaj is keeping details on the down low. Since the property was never officially on the market, photos and specs are scarce. But we do know that the 11,820 square foot property features eight bedrooms and 11 bathrooms. The modern farmhouse sits on an acre, which also includes a separate guesthouse and poolside cabana with a saltwater pool with a spa and Baja shelf. Danielle Nisim of Compass and Aaron Kirman held the listing, while Kirman and Matt Adamo repped the buyer. https://californialistings.com/2022/12/27/nicki-minaj-buys-new-hidden-hills-mansion/ 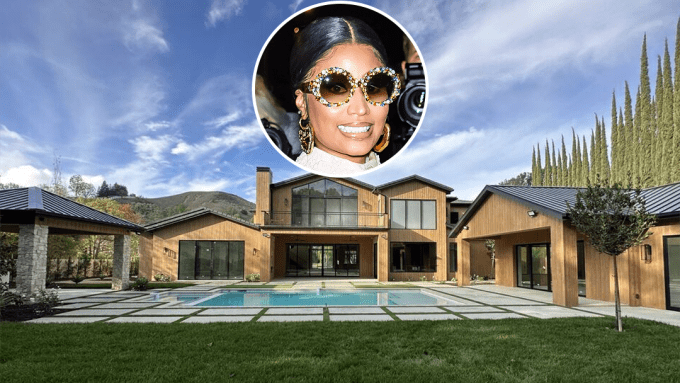 After years of renting huge homes scattered across the greater Los Angeles area, from Beverly Hills to Malibu, Nicki Minaj has finally pulled the real estate trigger. Records show the award-winning rapper’s famed “Starships” have crash-landed in Hidden Hills, a guard-gated city in the San Fernando Valley, where she’s paid $19.5 million for an all-new estate. Built new this year by a local developer, the big modern farmhouse never had a chance to officially hit the market — it sold “before listing on the MLS,” according to the property realtor’s remarks. Unfortunately, that means photos and details of the home are virtually nonexistent, save for tax records that indicate the nearly 12,000-square-foot residence features eight bedrooms, nine full bathrooms and two powder rooms. There are also a separate guesthouse and poolside cabana in the backyard, plus a saltwater pool with a spa and Baja shelf for sunbathing. The flat lot spans a full acre and offers garaging for three cars, grassy lawns and significant landscaping for privacy. The main house itself has pocketing glass doors that open to various patios and terraces, and the upstairs master suite offers a private balcony overlooking the backyard. Minaj is a fan of very large houses. With husband Kenneth Petty, the Trinadian-born songstress, 40, currently lives in a hilltop rental mansion in Calabasas, in one of the city’s numerous gated communities. Built in the 1990s, that Mediterranean-inspired structure has marble floors, six bedrooms and nine bathrooms in more than 10,000 square feet of living space, though it seems likely Minaj, Petty and their entourage will soon make the move to their new and grander Hidden Hills estate. Once a quiet, Kentucky-esque community filled with horse ranches, Hidden Hills has recently become a mecca for the rich and famous seeking residential serenity — particularly professional athletes and musicians. Today, the neighborhood’s Ferraris and Lamborghinis probably outnumber its horses; residents include Madonna, Jessica Simpson, Will and Jada Smith, Lori Loughlin, Sylvester Stallone, Ben Simmons, many of the Kardashians and most of the L.A. Rams’ current roster. Danielle Nisim and Aaron Kirman of AKG held the Hidden Hills listing; Kirman and Matt Adamo of AKG repped the buyer. https://www.dirt.com/gallery/entertainers/musicians/nicki-minaj-house-hidden-hills-1203608901/hh-gates/ 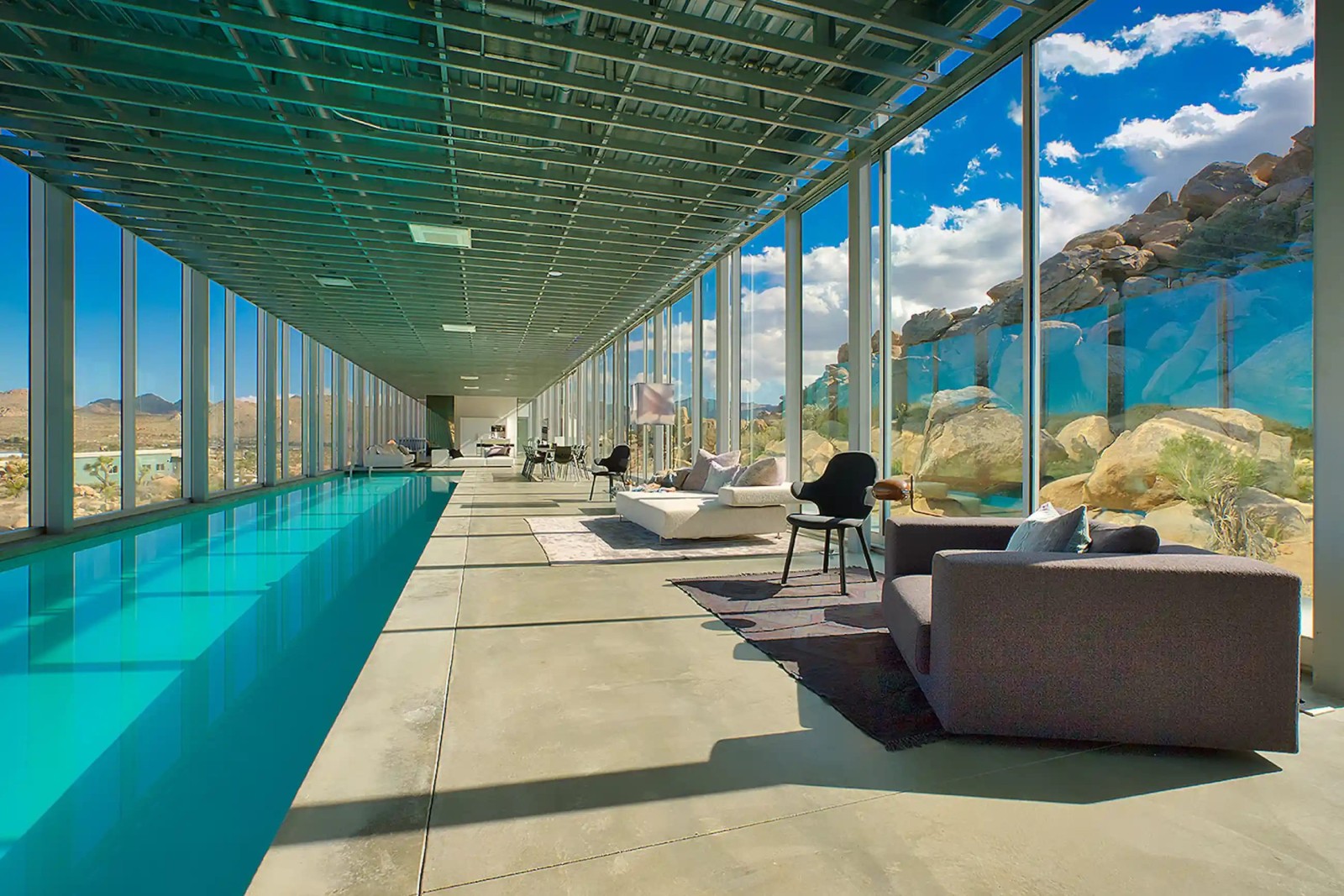 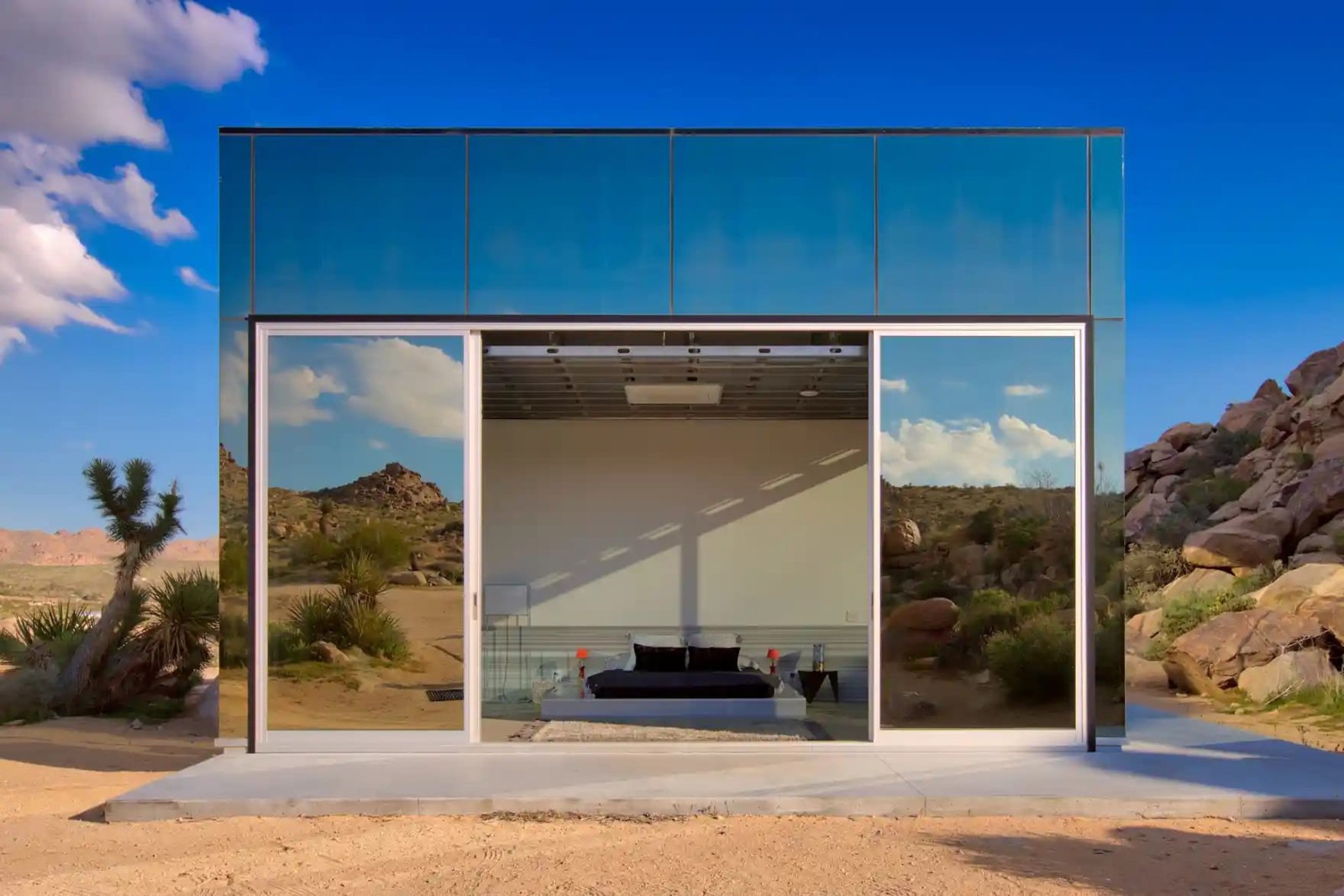