For John McIlwee, living in John Lautner’s Garcia House has been nothing short of life-altering. “It’s been empowering and substantial,” he tells AD. An entertainment business manager, McIlwee and his partner, Bill Damaschke, bought the 1962 modernist masterpiece from Vincent Gallo in 2002, who told them the property would change their lives. McIlwee says it did. “John Lautner has kind of a cult following with people from all walks of life, so it’s been an amazing way to be part of a bigger collective world of art and architecture,” he says. Now, it’s time to pass the torch—or, better phrased, the keys—to a new owner.
Designed by the acclaimed American architect, who studied under Frank Lloyd Wright, the teardrop-shaped home is one of Lautner’s most recognizable works. Suspended 60 feet above Mulholland Drive on steel caissons, the property’s wall of windows provides unobstructed views of the canyon below. “The Garcia House is a notable architectural masterpiece that is renowned for its unique design, which seamlessly combines organic architecture with a modernist aesthetic,” Weston Littlefield, one of the home’s listing agents, says. The 2,596-square-foot home features three beds, three and half bathrooms, terrazzo flooring, a lava rock entryway, and a pool, which was added in 2008. Built for Russell Garcia, a composer and arranger, the home not only has a unique architectural legacy, but also a Hollywood one. Previous owners—including Garcia, Gallo, and McIlwee and Damaschke—have worked in the film industry, and the house has even made its own big-screen appearances, most notably in Lethal Weapon 2 in 2011. “This is a true architectural masterpiece that is not only a functional home, but also a work of art,” Littlefield says. “The buyer should be someone who is not just looking for a house, but also a piece of history, a statement, and an opportunity to own something that is truly one-of-a-kind.” The property—which is listed for $16,000,000—is represented by Littlefield, Aaron Kirman, and Dalton Gomez of AKG | Christie’s International Real Estate. According to the agents, the home is in great condition following an extensive restoration in 2012 overseen by Marmol Radziner. “It may sound corny, but the house really opened our minds to so many different cultural opportunities,” McIlwee adds. “I would tell the new owner to let the house be a vessel of creativity and to enjoy being part of the process. During our time there, we felt like we worked in tandem with the structure and creative design.” 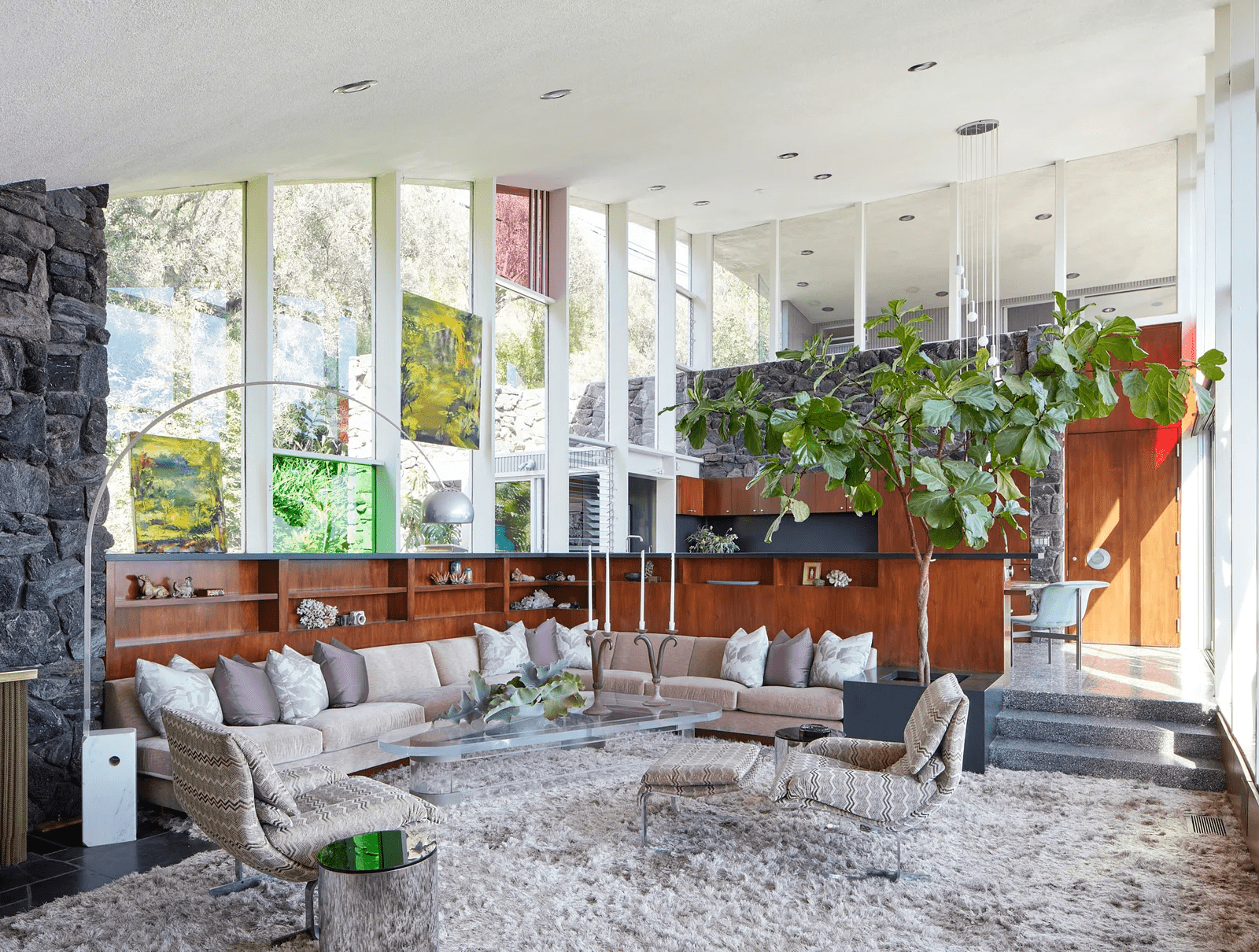 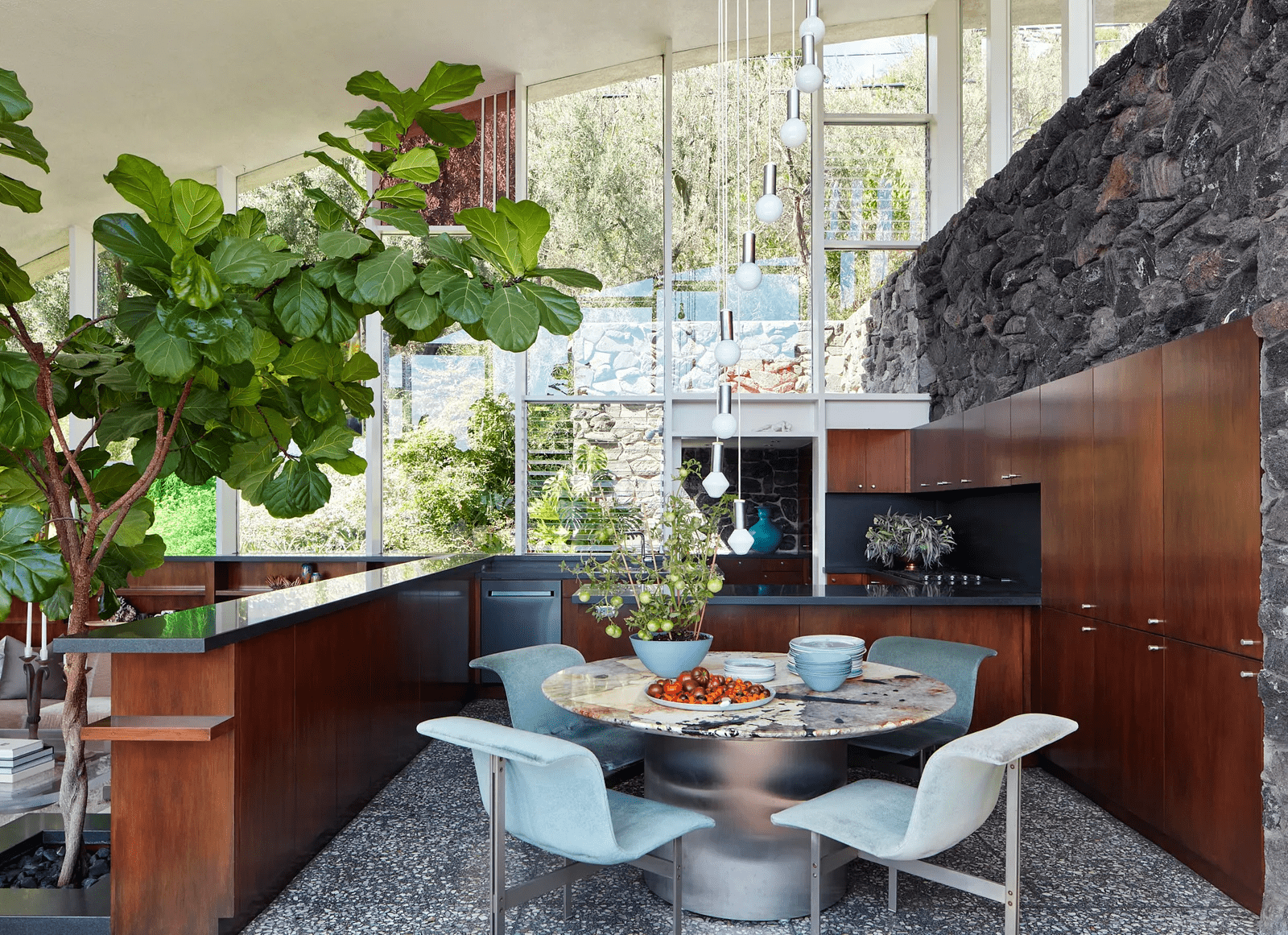